This week besides all the usual boring stuff, l had a bit of an exciting day when l went to Melbourne mid week. Hubby had to put his motorbike in for a service, so it was decided that l would drive down with the son who was already headed that way, then l would come home on the back of the motorbike. Of course since l haven't ridden pillion for many years a new helmet would be in order.
The traffic into the city was horrendous and it's just not natural to be driven around by your (adult?) child, l made a grab for the Jesus bar a couple of times and was told to stop panicking, but's it's not easy when he comes to a screaming halt 3 centimetres behind the car in front. (That may be a slight exaggeration but it's my story). 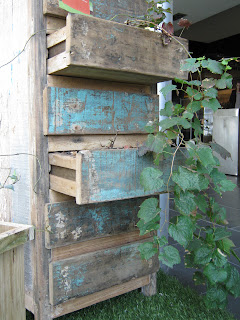 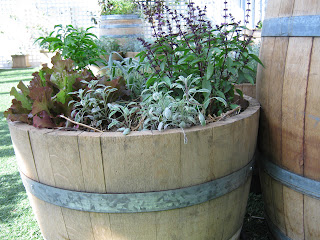 l wanted to look through Melbourne Central, so hubby went off to the motorbike shops. Left to my own devices and armed with camera l was one happy woman. l headed straight upstairs where all the beautiful shops are and came across this lovely area looking out over the street. A few people were happily seated tapping away at their screens. Loved this old chest of drawers planted up with (l think) a grape vine,
and the barrel with herbs and vegies....  Now where did l put those old side tables. 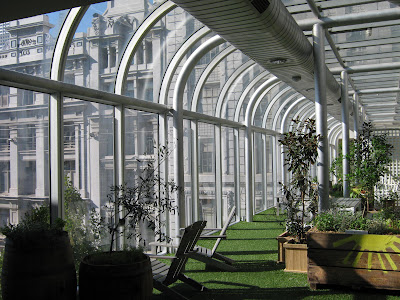 The area itself. Nice!! 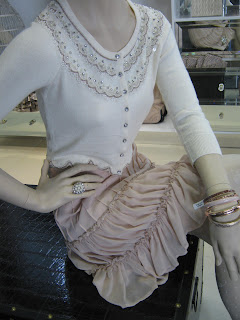 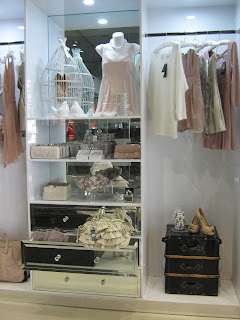 l took these pics of the very pretty Forever new window display.
Eventually found hubby lurking in the shadows about 5 shops up.... not at all amused l guess. 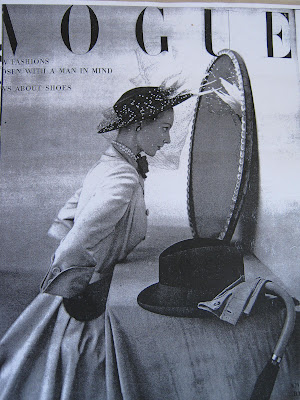 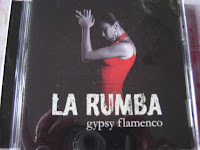 We then headed to the mall, where some buskers had set up. We sat and listened for about half an hour and those guys were fantastic, they could really play guitar and sing, (nothing in English). They evoked such a continental atmosphere that l felt like twirling spagetti and cracking open the Chianti﻿... needless to say l bought the CD.(above right pic)
The pic on the left is just a random glam shot l photocopied ages ago. It is the 1948 front cover of American Vogue. Just thought it fitted the theme.﻿ 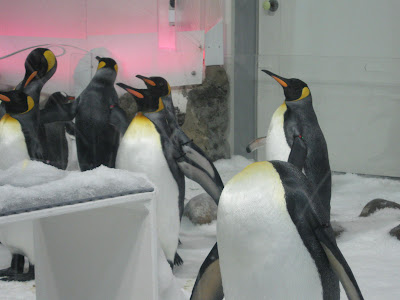 After traipsing miles in my boots that definitely were not made for walking,  and purchasing a cheap helmet, (since it will most likely never see the light of day again), we headed to South Bank.
The bike still wouldn't be ready for a couple of hours and the Aquarium wasn't far away so we headed there.
March of the Penguins is one of my all time fave movies, it really gave me a whole new respect for penguins. It's a bit sad to see them locked up especially in such a small area, but they seemed happy enough and even appeared to interract with their many visitors. 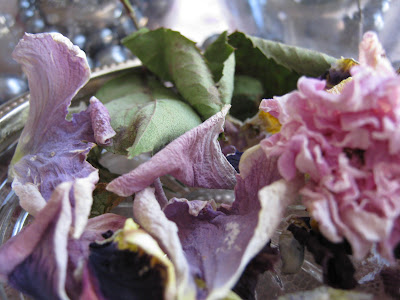 Remember the pansies l bought at the market.... well they had dropped a heap of petals and l was going to throw them in the bin but l thought they were too pretty, and l wonder why l have a house full of useless items (read crap). Any way also found a dried rose and after setting the trusty canon to super macro l fired away. Hope you like the results. 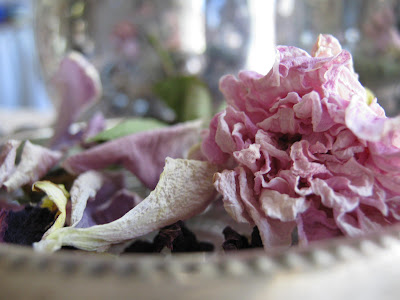 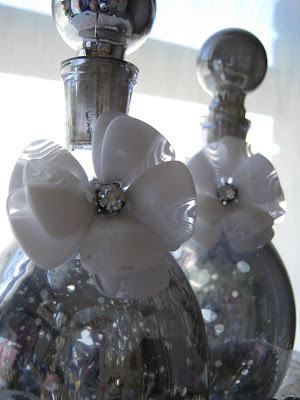 l found these mercury glass bottles in an op shop for 50cents each, l added the plastic flowers which came off an old pair of shoes. 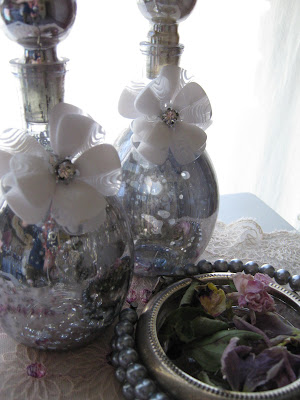 Here the dried flowers sit in an old coaster with pearl choker and vintage lace doiley.

Well l did arrive home safely on the bike, windblown and hearing impaired, though it wasn't quite as bad as l'd thought it would be. ...l may even get on again.

Well that's it for now,  til next time.

Posted by vintageandart at 9:46 AM
Email ThisBlogThis!Share to TwitterShare to FacebookShare to Pinterest