Though Spring's still a couple of weeks away l hope you enjoy these florally pics l put together .... l found this lovely vintage doona cover in blue and white floral which was the inspiration for the post. 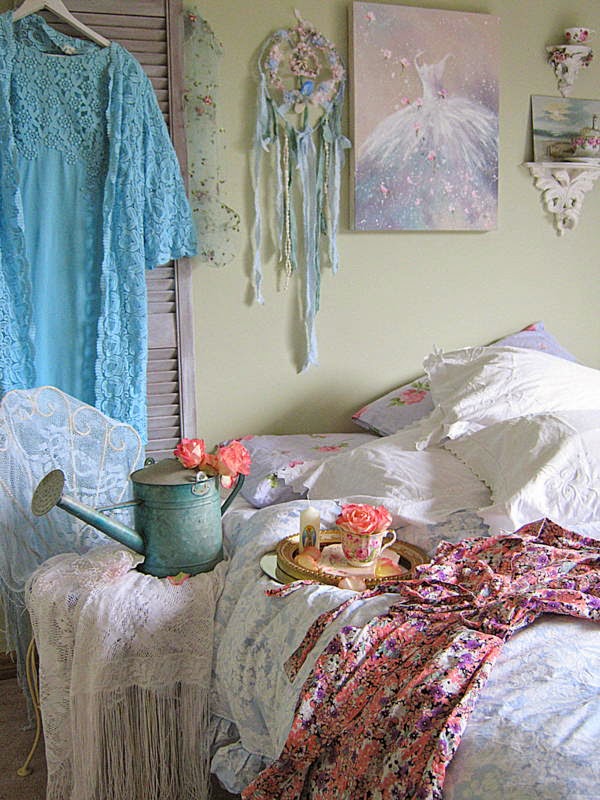 I also found a few things for my stall at the Mill.....vintage tiny floral print dress. Old watering can and 70's fringed shawl. 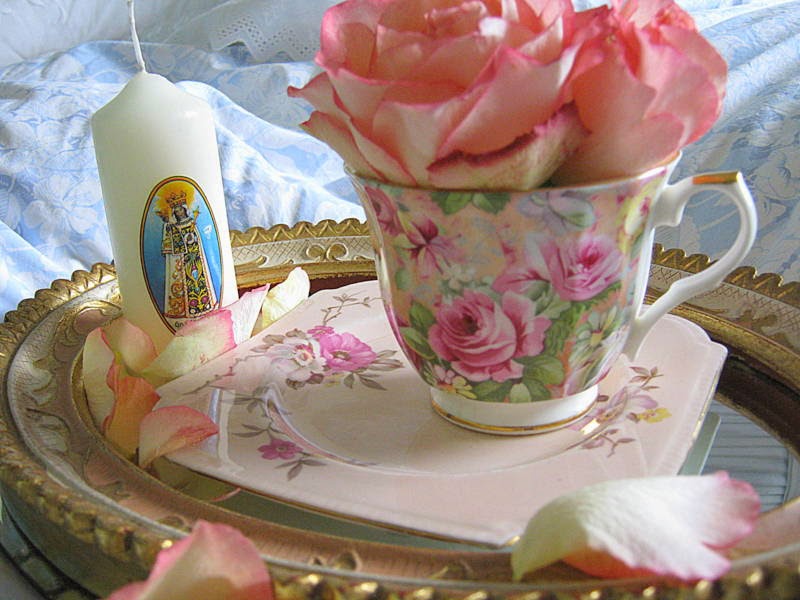 The candle is a keeper......the Florentine picture frame will be sold. 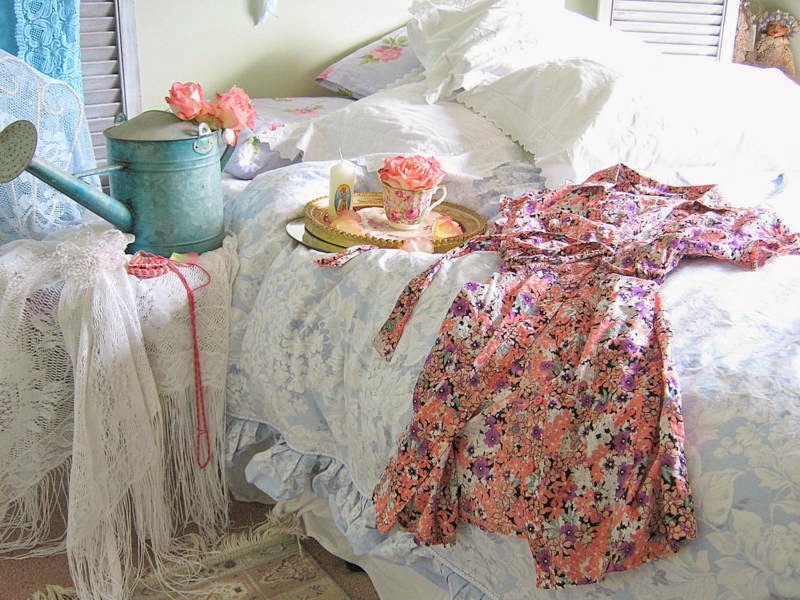 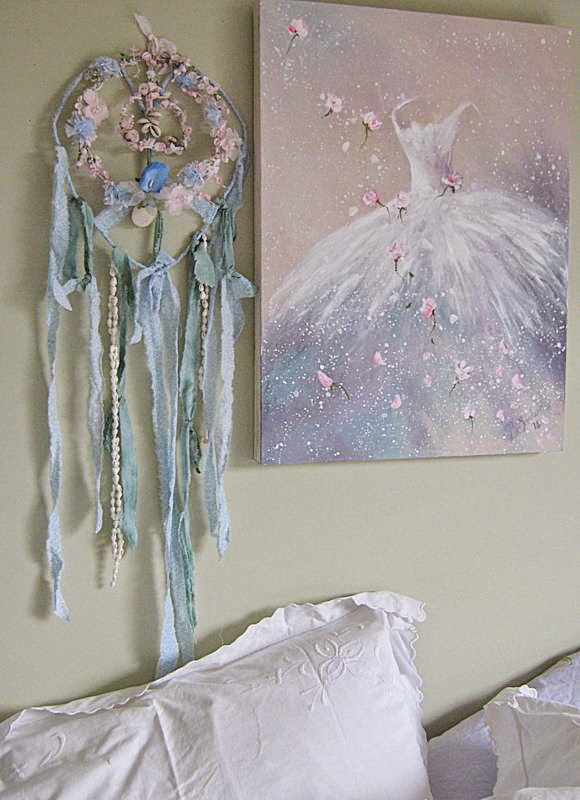 One of my tutu paintings sold.... so l had great fun painting a replacement. 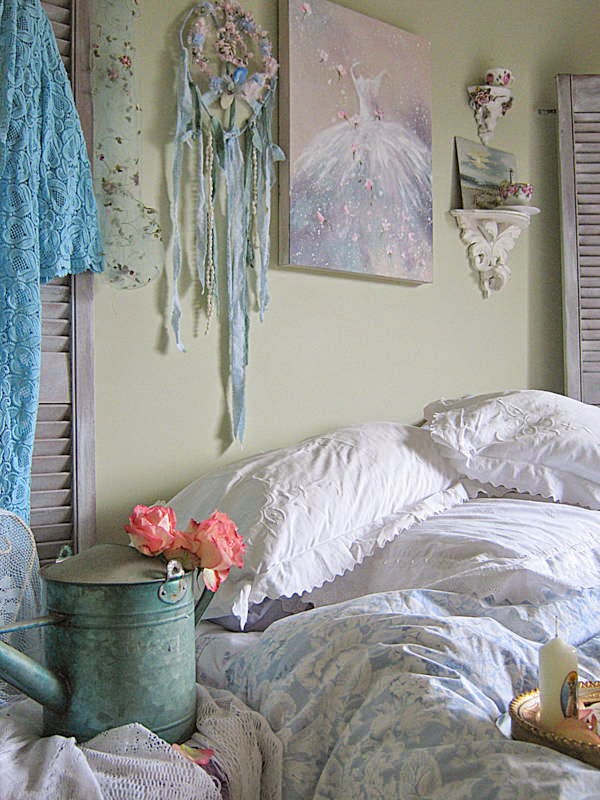 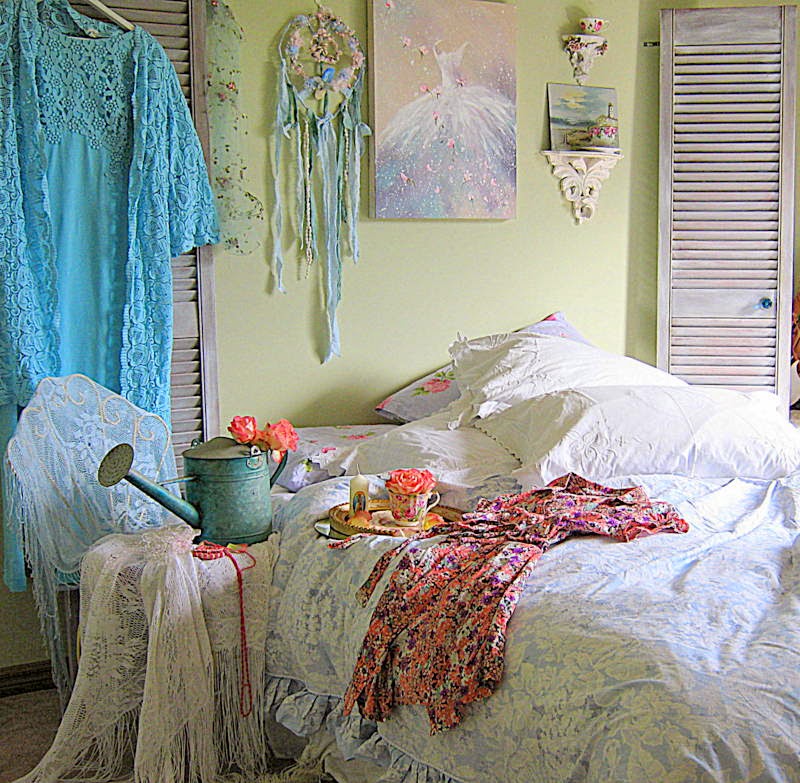 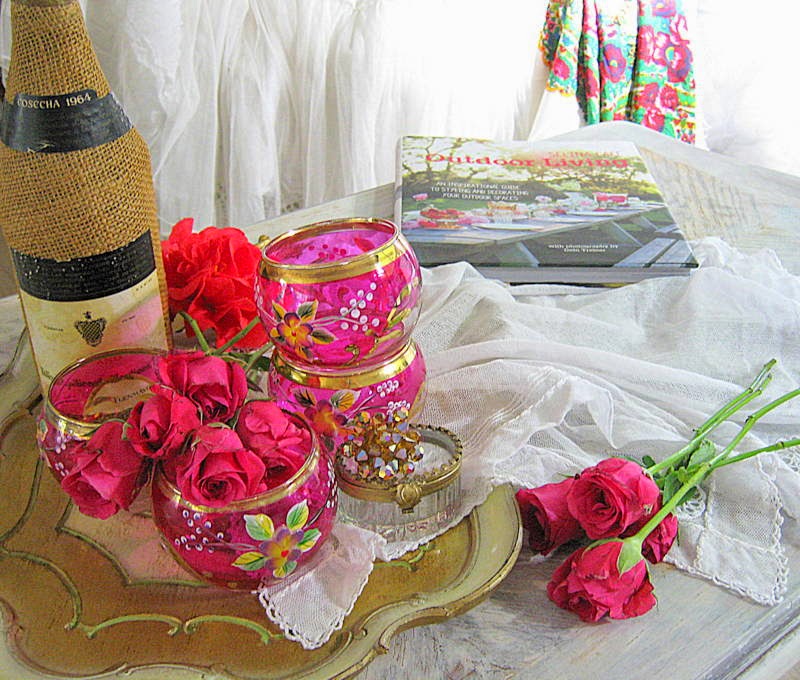 l sooo wanted to keep these bohemian glass bowls, but l packed them up and took them out to my stall before l could change my mind ... along with the tambour lace cloth and Florentine tray....but struth it was hard l tell ya :-) 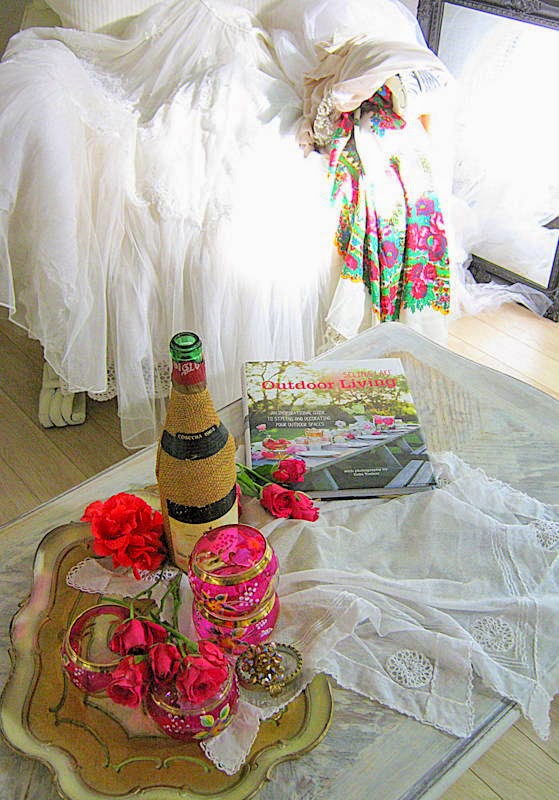 Anyway hope you all have a fantastic weekend coming up....
til next time,
Bron.
Posted by vintageandart at 4:19 PM 6 comments:
Email ThisBlogThis!Share to TwitterShare to FacebookShare to Pinterest

From The Auction Room.

A few changes to the snore zone.... 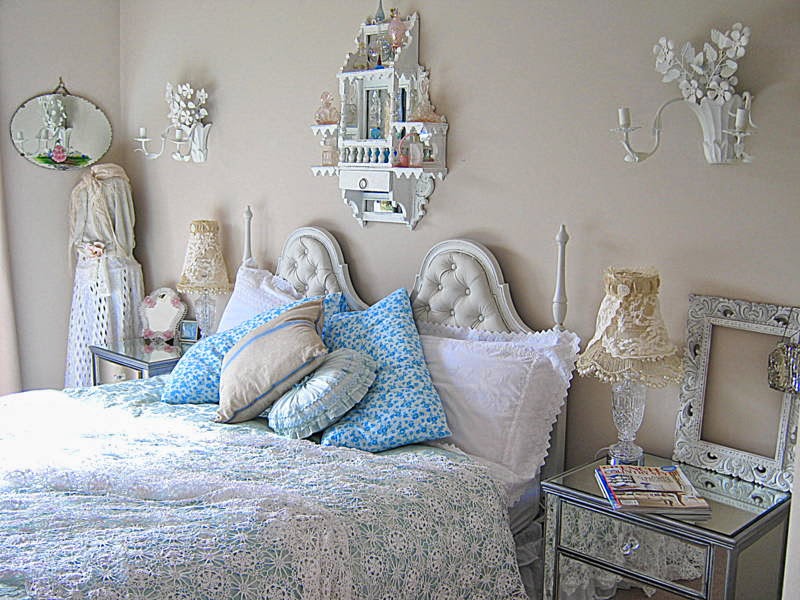 The mirrored shelf was discovered at auction, covered in dark green paint, and cobwebs.... a good scrub and three coats of white paint later....:-) 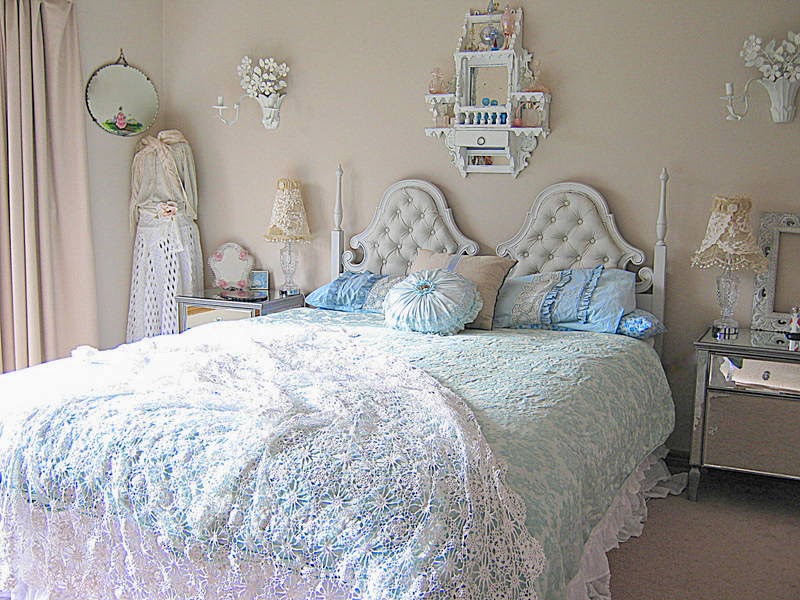 The wall sconces that were once multi-coloured, have been painted to match. 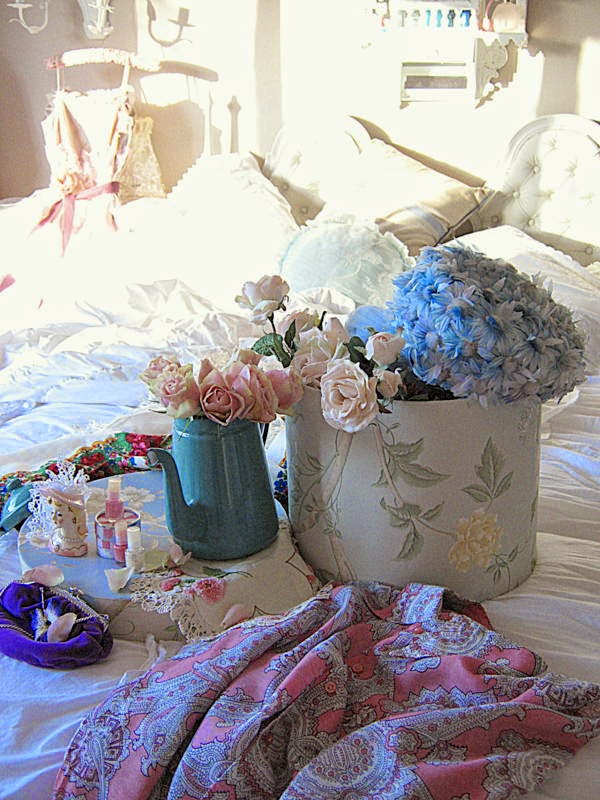 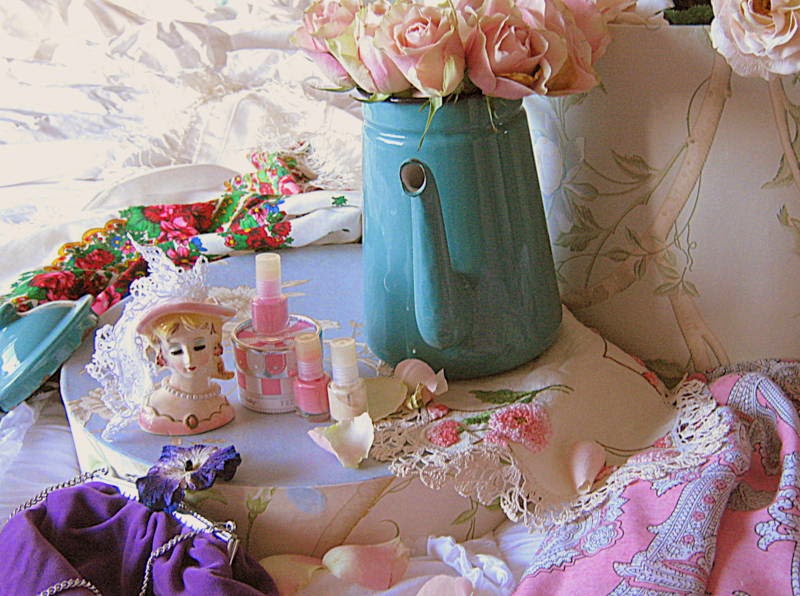 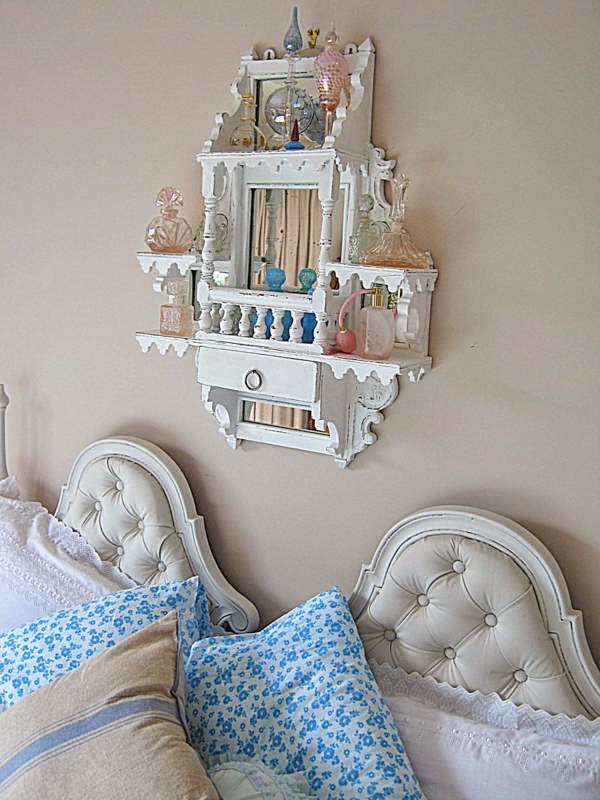 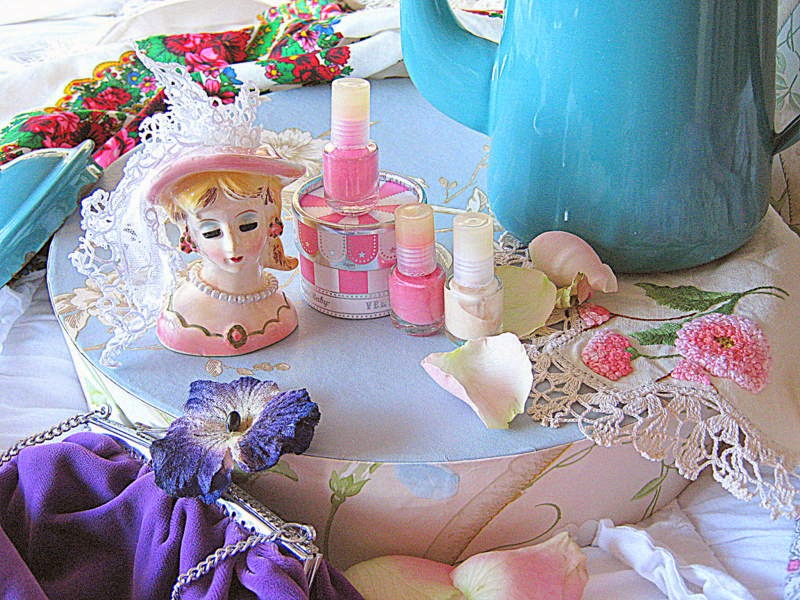 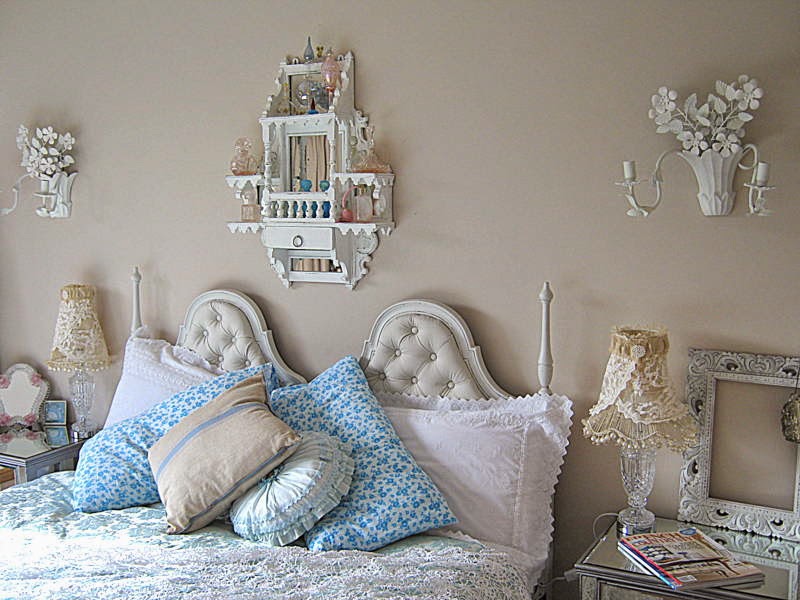 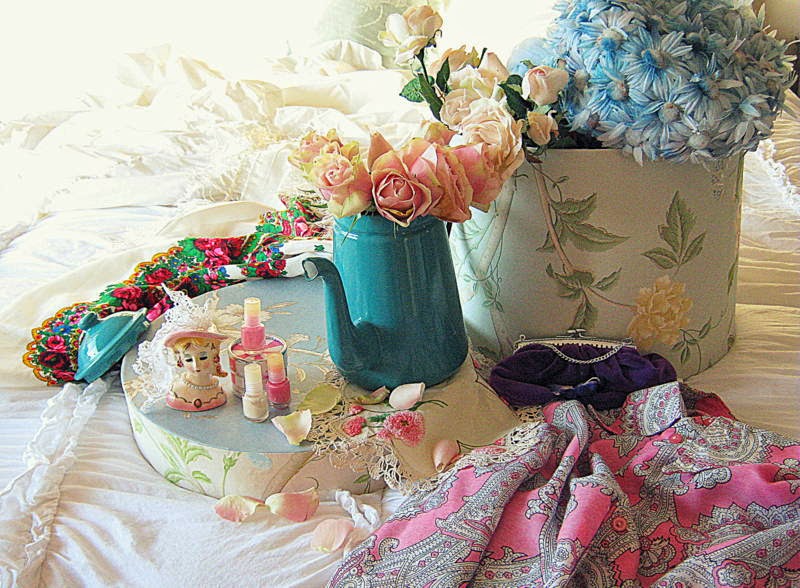 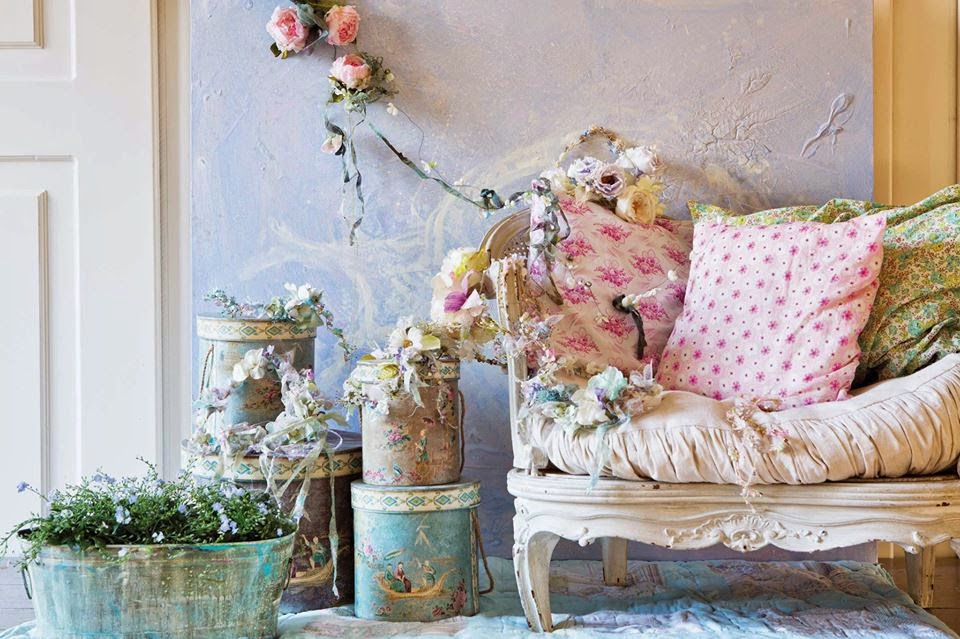 Love this pic taken of my daughter a week or so ago in Queenstown, (New Zealand) where she's been snow boarding....looks a little chilly though.. 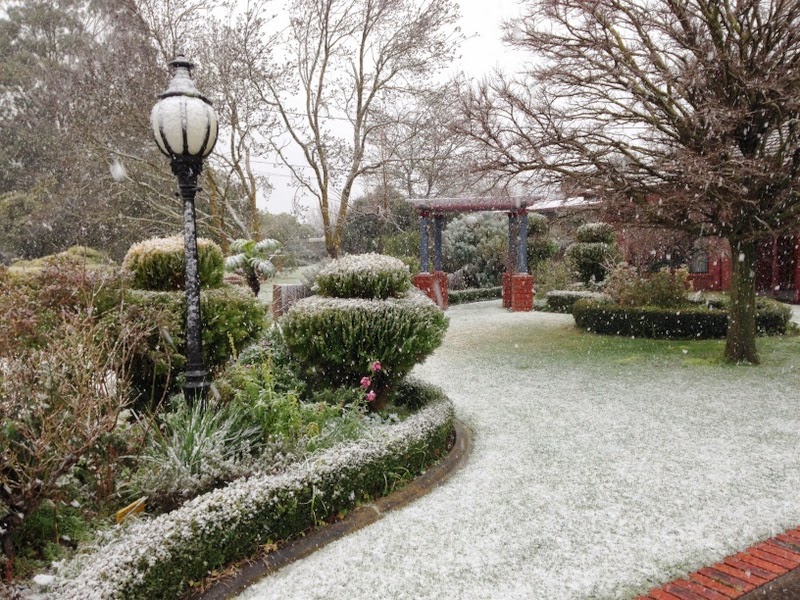 Mind you it's pretty chilly here as well.....these pics were taken in my garden earlier today.
We usually only have one or two snowfalls a year so it's a bit of a novelty to us:-) ﻿ 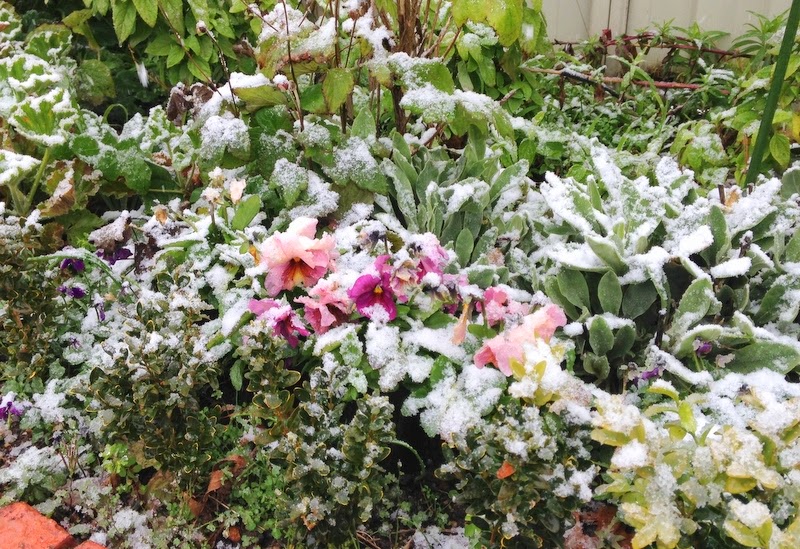 ﻿
Wishing you all a marvellous weekend whatever you're up to....
Til next time,
Bron.
Posted by vintageandart at 2:18 PM 7 comments:
Email ThisBlogThis!Share to TwitterShare to FacebookShare to Pinterest
Newer Posts Older Posts Home
Subscribe to: Posts (Atom)