Fairy Wings And Other Things.

Daylight savings finished this weekend...to me it's always the line in the sand as to whether Winter is coming or Winter is going....The mornings here are once again cool and crisp and the leaves are turning golden shades of Autumn...Even though l'm a little sad that Summer is all but gone for us, it's still great to share in the excitement of Summer returning to those of you living in the Northern hemisphere.
lt hasn't been easy getting this post up as the house is a BIG schmozzle at the moment and there's not really been anywhere to take pretty photos:-).....You see there's stuff EVERYWHERE as l've decided to paint the two large cabinets in the lounge room....so out came ALL the china which l've had to find extra storage for as l want to change the displays. Also we are still clearing out Mum's house so things are coming home from there each week, and add to that the few projects l have on the go. l'm hoping to have it all organised in the next few weeks but at the moment.....well let's just say.... it aint  pretty:-) 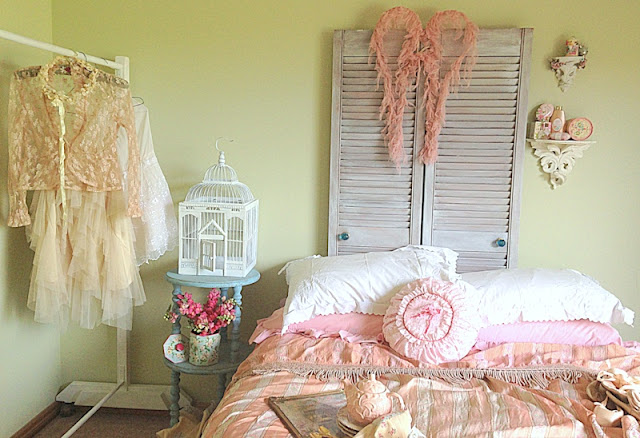 l was inspired by the lovely antique wings they sell at jeanne d'arc living. and tried to make something similar. l made two pair but one pair turned out so badly they were only fit for the bin:-) There was no sewing involved in their creation, l drew out a template which l used to bend to shape the wire after covering with a piece of old tulle,  some of the same tulle was torn and placed around the edges. 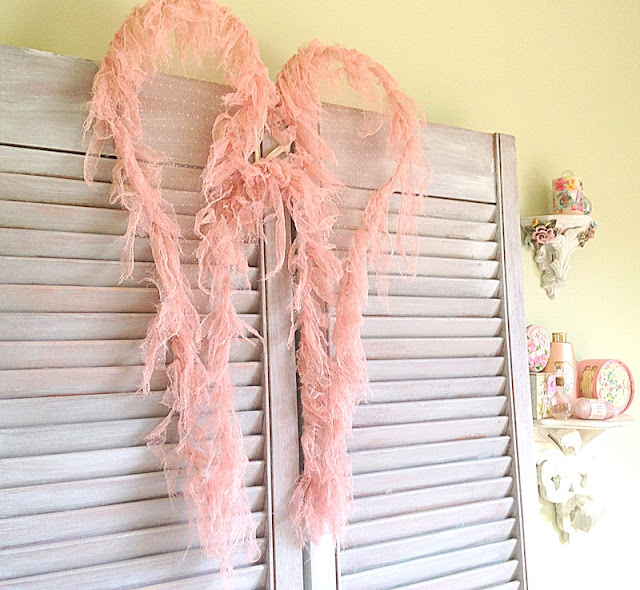 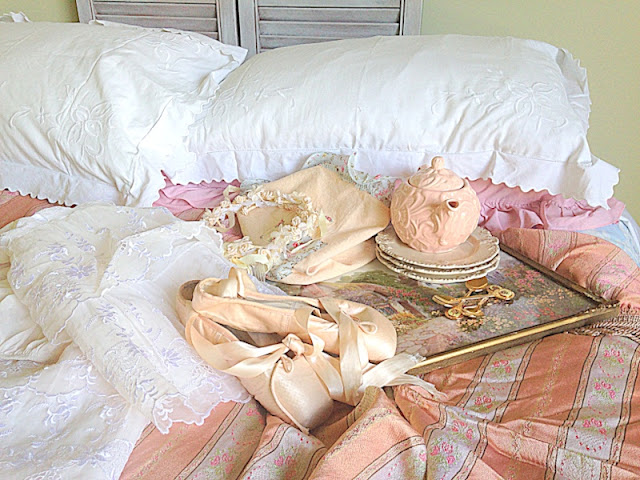 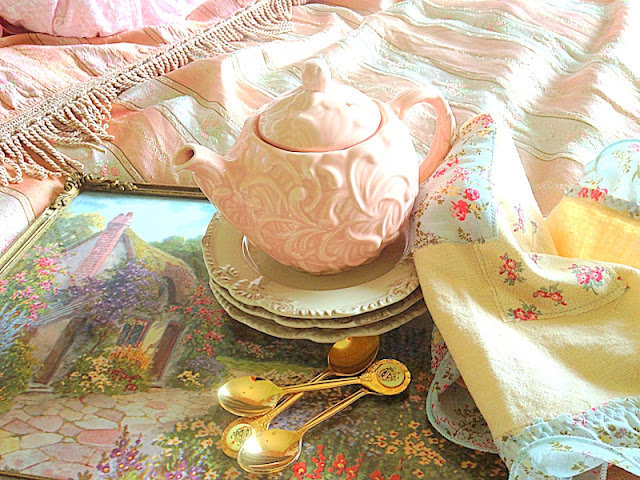 l found a floral ruffled skirt at the opshop and knew straight away l could use it to pretty up a set of plain beige napkins l had. The ruffles were simply removed from skirt and sewed around each edge of the napkins. A couple of patches were added for some shabby interest. No doubt we'll never use them but hey...they're there if we NEED them:-) 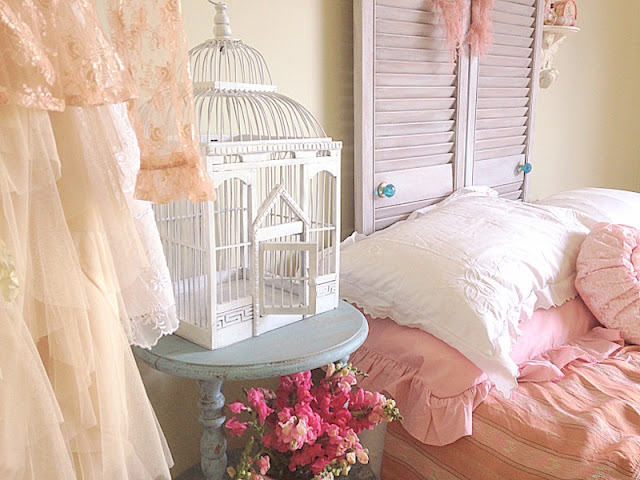 Found this birdcage at the mill market. It was BLACK when l bought it and the paint was chipping off all over the place. A good sand and a couple of cans of white spray paint...that's more like it :-) 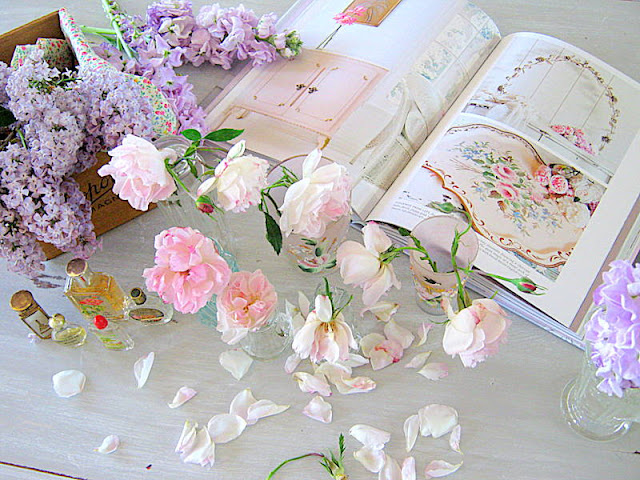 A couple of pics from my files. 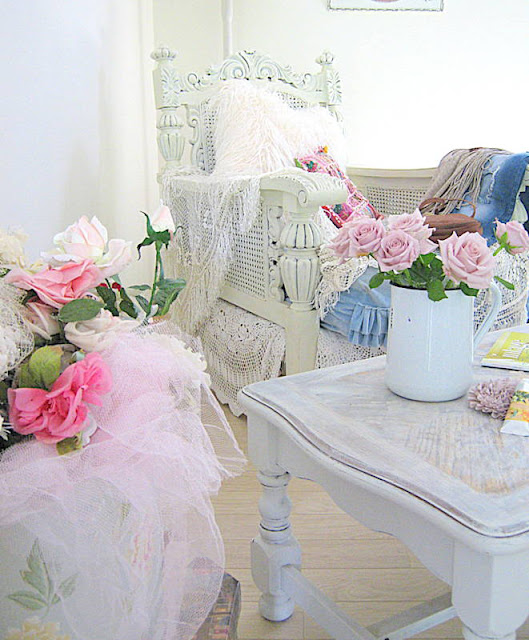 It's so lovely of you to stop by here, thanks so much. Hope you all have a beautiful week.

Posted by vintageandart at 7:18 AM
Email ThisBlogThis!Share to TwitterShare to FacebookShare to Pinterest