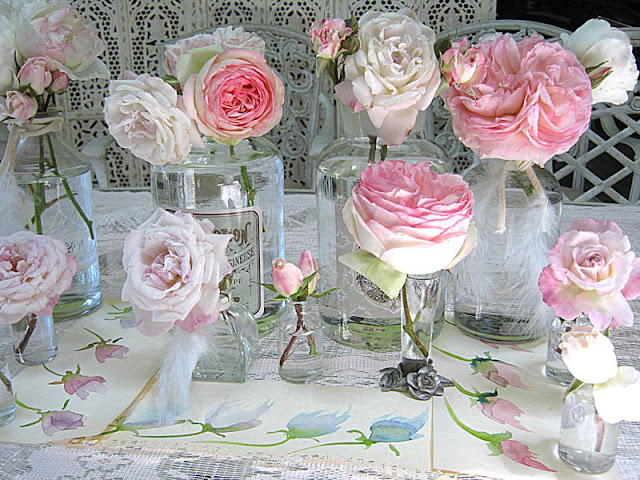 Found an old watercolour pad in the backroom. I'd say it's been there a while.....totally forgotten about. All the paper had yellowed which looked lovely to me. l turned one of the shabby pages into rosebud (colour) charts and they became a placemat of sorts for the rose display.﻿
﻿ 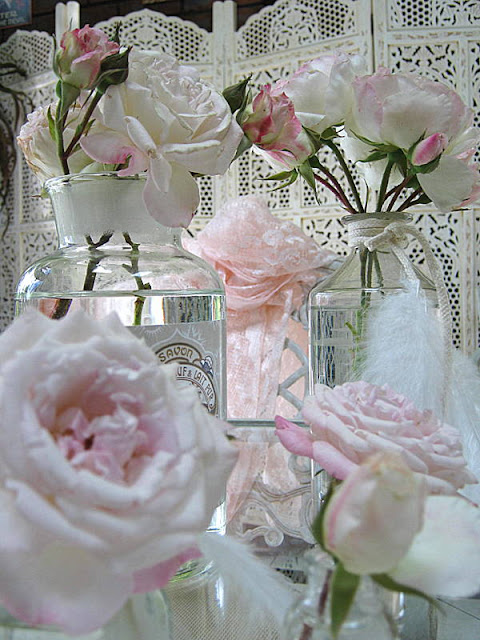 ﻿
A couple of plain apothocary jars were made a little more interesting by tying their necks with string and glueing some feathers to the string. 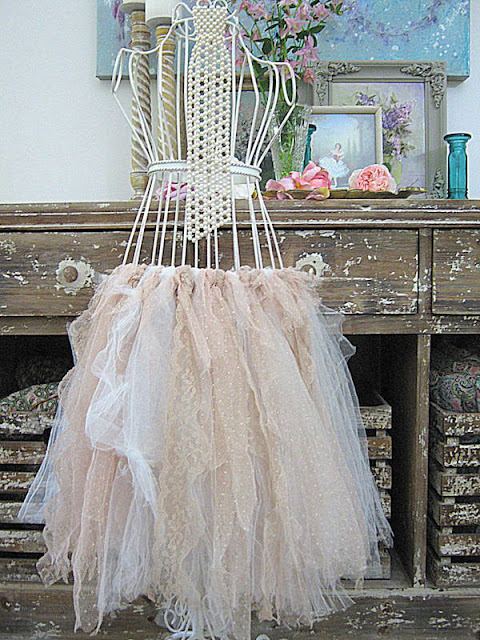 Sometime ago l spent an afternoon making this no sew tutu....made from looping strands of tulle over a piece of (joined) elastic. l've been deliberately unfussy and used varying sizes, lengths and types of tulle as well as strips of lace....if shorter pieces needed to be longer l've simply knotted them together.....wherever possible the fabric has been torn instead of cut neatly with scissors. 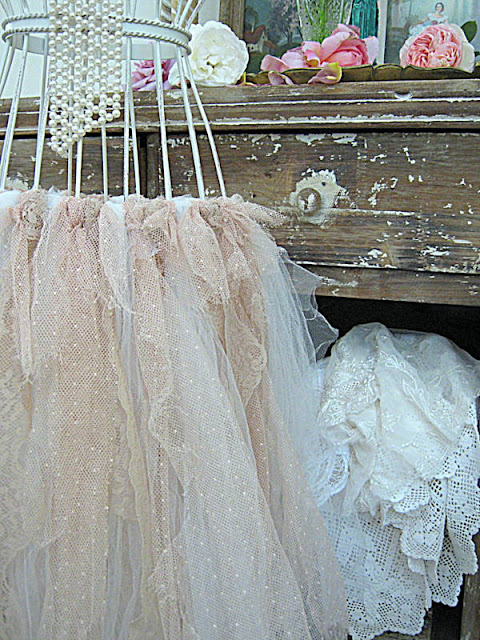 As the elastic was being covered, the tutu was becoming huge so l began using really short pieces in between the longer strips, which you can see above...l like to think it adds an interesting layered effect.
It was a lot of fun to make and might be a useful idea for Christmas/New Year party costumes....There's lots of kids ones on pinterest but l've tried to make this one vintagey and wearable for ANY age female...It'd prob'ly be good in black for evil queen type costumes.
If you're after a tutorial this one's excellent.... paigeandbrooke. via pinterest.
﻿ 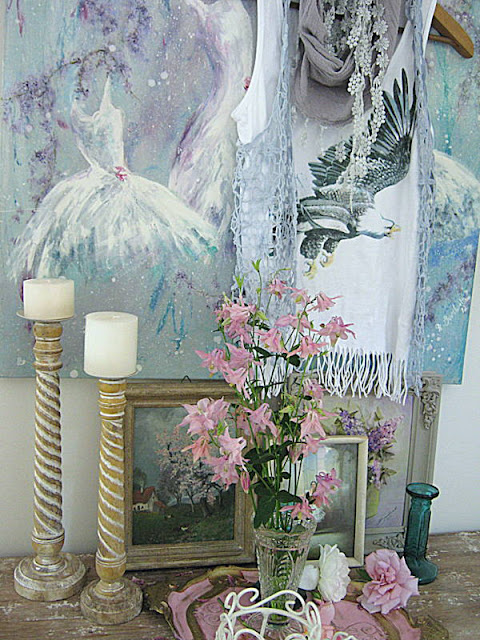 Those of you who've been visiting for a while would know how much of a fan of birds l am. We had them as pets when l was a kid, as did our own kids..... they were always well loved and cared about, but these days l much prefer to watch them from the window and let them be free to do what birds do....and what bird signifies freedom more than an eagle.....so this Tshirt l found at the oppy was a winner for me.
﻿ 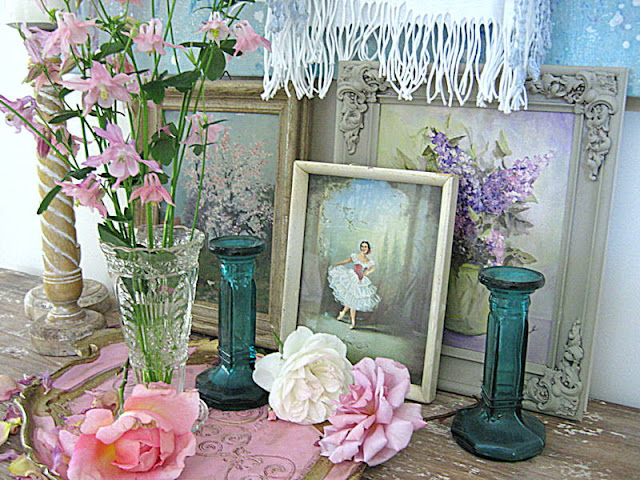 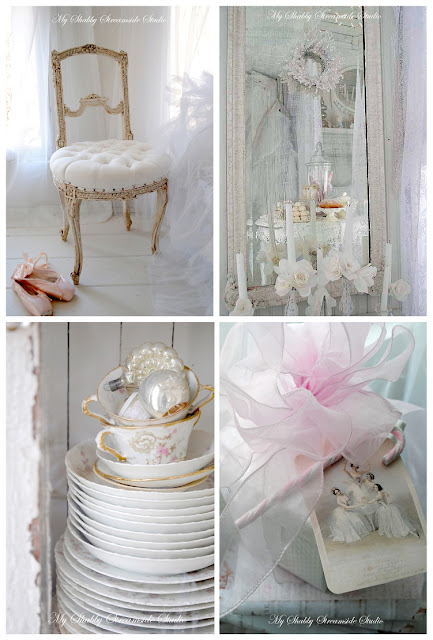 These nutcracker inspired pics are featured in the new Romantic Homes magazine and are of Sandy Foster's gorgeous studio in the Catskills. Pic found.here . Loved the ballet postcard used as a gift tag.﻿ 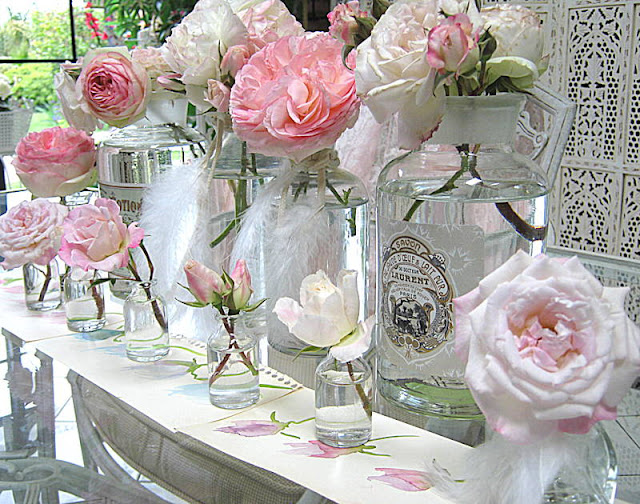 Thanks so much for stopping by....have a wonderful rest of your week...To  those of you celebrating Thanksgiving today and over the next few days....may they be everything you wish for.
Til next time.
Bron.﻿
Posted by vintageandart at 2:07 PM
Email ThisBlogThis!Share to TwitterShare to FacebookShare to Pinterest