So recently l've been thinking about all the connecting we do, and that's because the other day l got to cuddle a teeny baby, hug and talk with a friend who's almost 90, chatted on the phone to my daughter in another state, visited mum and made phone calls for her. Sent texts to a couple of friends and relo's, commented on a few blogs, read and sent some emails, and had my son over for a meal.....and l mean we're ALL doing this kind of stuff EVERY day.... it's amazing really, and l was thinking with all this interacting going on.... its a great opportunity to spread the positive vibes, and in my case re-think the grumping about things (like the crappy weather:-).....Any way here's my input for the day.....l hope these pics brighten and lighten up your day:-) 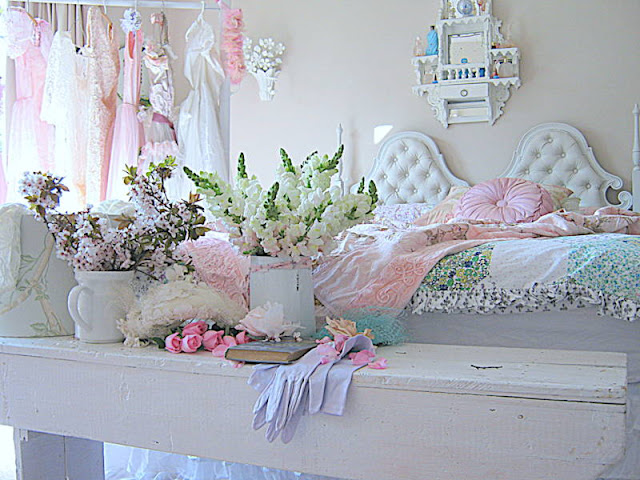 l found a proper vintage dress rack at the opshop..... l'm guessing 50's. They were selling quite a few of them and replacing them with new steel ones....this one is wooden and has copper castors so it can be moved around easily.....and l DO like to be moving things around:-) 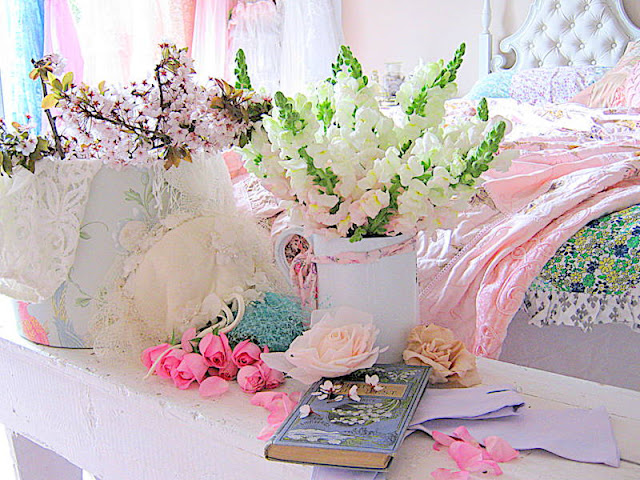 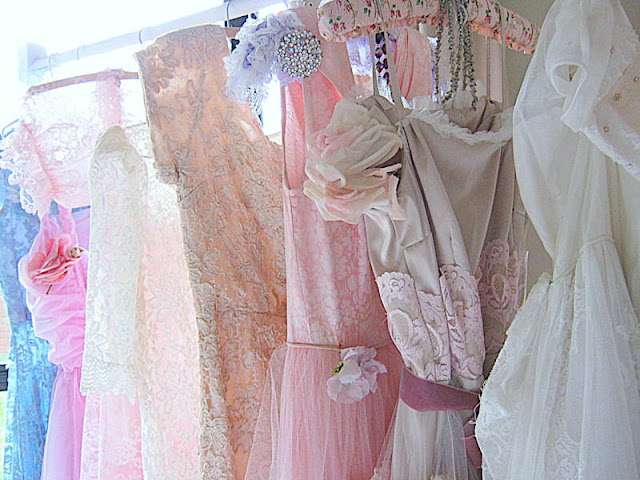 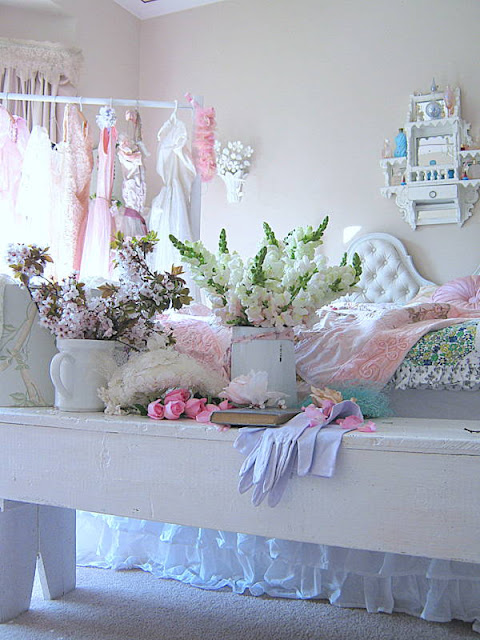 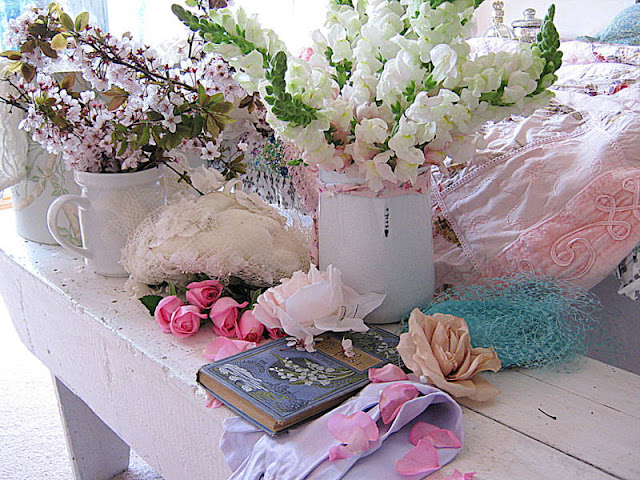 Blossoms from the neighbours trees that spill over into our garden. 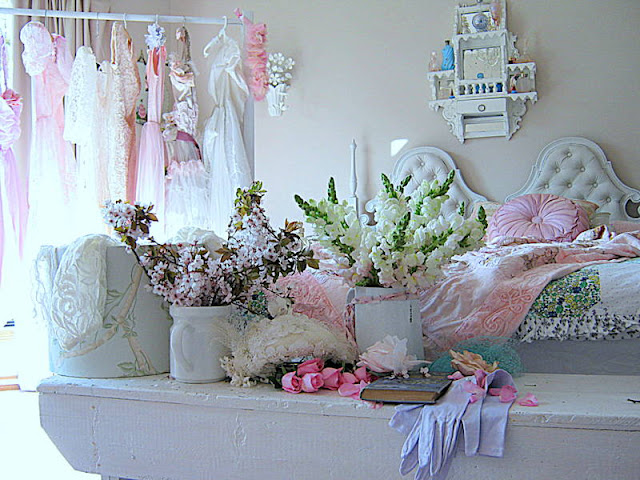 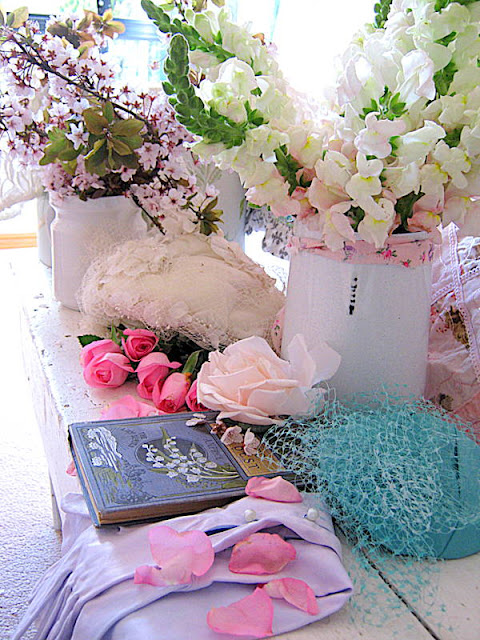 Love the cover on this book from around 1920.
Thanks so much for stopping by and l hope you all have some relaxing down time over the weekend.
Til next time.
Bron.
Posted by vintageandart at 2:08 PM 5 comments:
Email ThisBlogThis!Share to TwitterShare to FacebookShare to Pinterest


They say there's nothing in life that's either good or bad, it's just our attitude towards it.....and Seasons are like that aren't they. Now l LOVE Spring.....it's awesome after a long Winter to have warmer days and sunshine...and FLOWERS after months of nothing....but Spring also comes with hay fever, and male MAGPIES... l copped a stealth attack on my walk yesterday that almost re-parted my hairline as it lurched in for the kill.....When my daughter was young l remember her returning from a ride pretty shaken up, and with a perfect beak shaped hole pierced into her bike helmet...!! Who knows it could even be the same magpie since it happened in almost the same spot and they live for around 25 years. 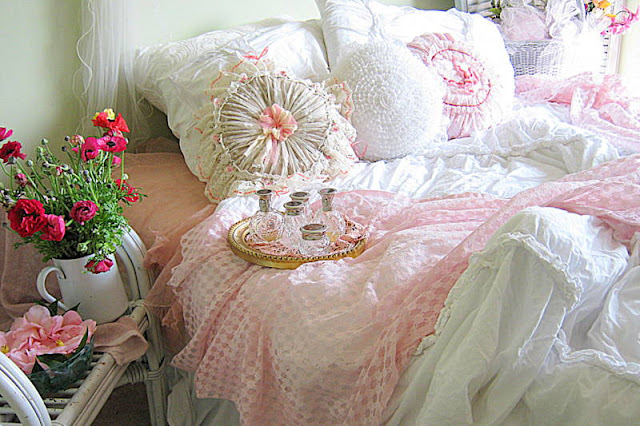 The past few days l've forced myself to do a bit of Spring cleaning.... well more tidying and sorting really.....Way too much stuff has been coming in and not enough stuff has been going out but this morning l was able to load up the car and take quite a few bags off to the opshop, and l feel heaps better that it's gone.....There's still a bit of excess furniture but l'm working on getting that out too. 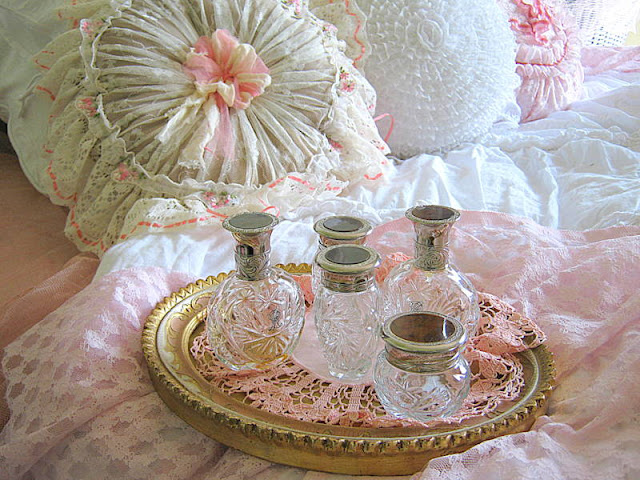 .....anyway..it hasn't been all work, l've also been dying fabrics, sewing and painting, and have also been out and about doing some non-retail therapy (junking) which is where l came across this fantastic set of Ralph Lauren scent bottles from the 80's. They're totally my thing but l was strong and took them straight out to the Mill to be sold....wah!! 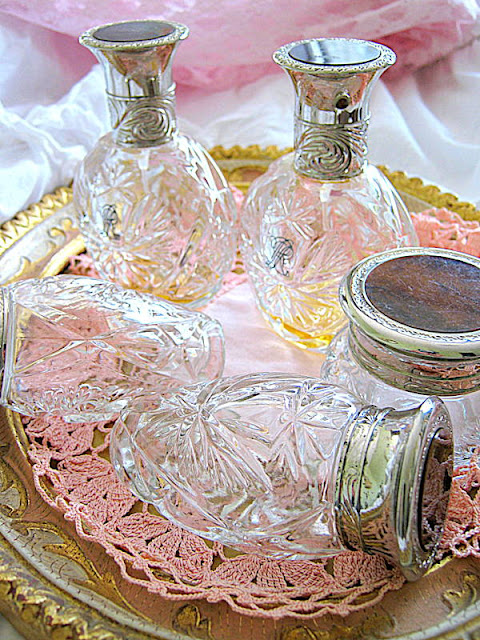 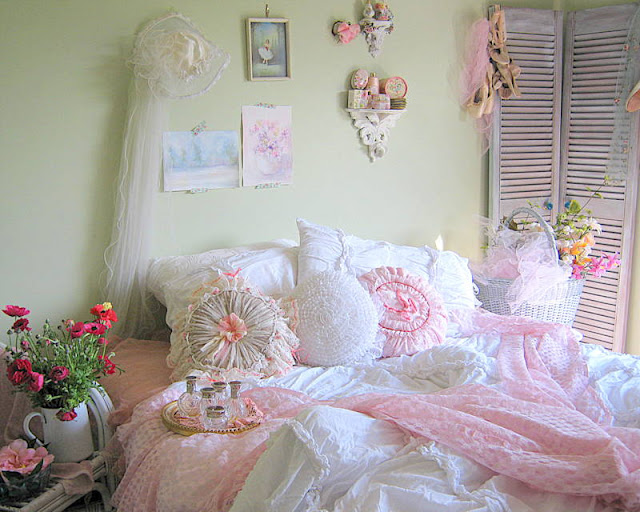 Son's old room is now the guest room, white linens, and a few new additions to the wall for a change. The once white (and flaking) basket was updated with a coat of silver spray paint. 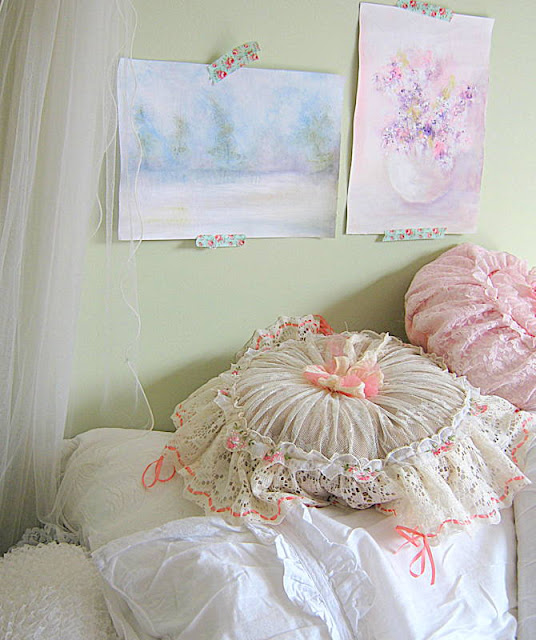 This is a couple of the washy Spring paintings l did and a cushion l sewed. 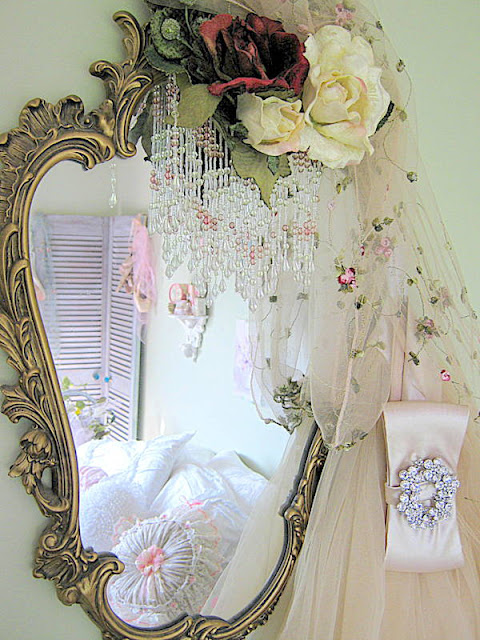 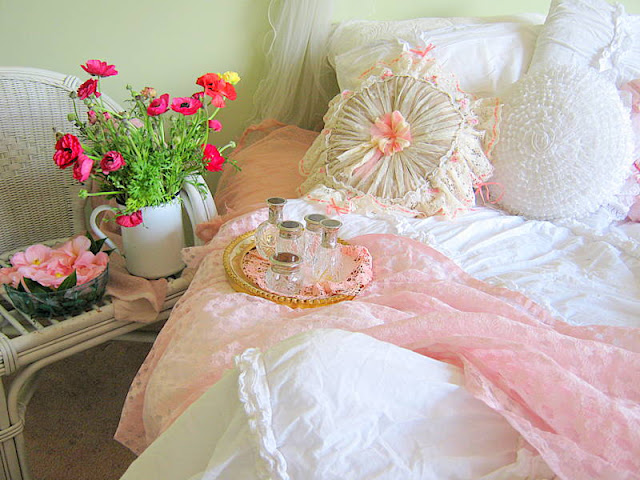 Hope you're all having a great weekend whatever you're up to.....thanks again for stopping in.
Til next time,
Bron.
Posted by vintageandart at 11:11 AM 10 comments:
Email ThisBlogThis!Share to TwitterShare to FacebookShare to Pinterest
Newer Posts Older Posts Home
Subscribe to: Posts (Atom)