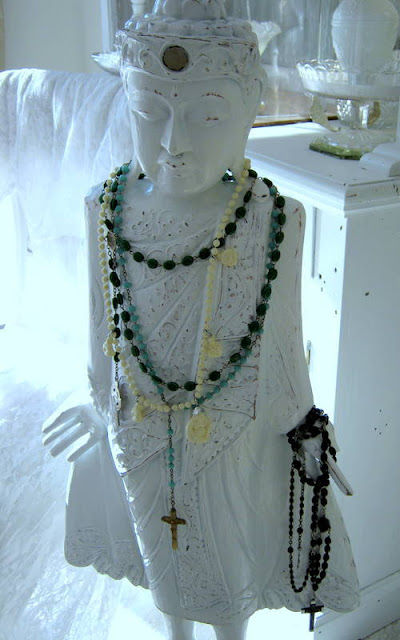 This buddha was bought at the market ages ago for $5.00... Initially l thought he was made from resin and that he'd make a nice garden ornament, however when l went to place him out there last week l had a closer look and realised he's carved wood.... so then it just seemed WRONG to toss him out THERE. 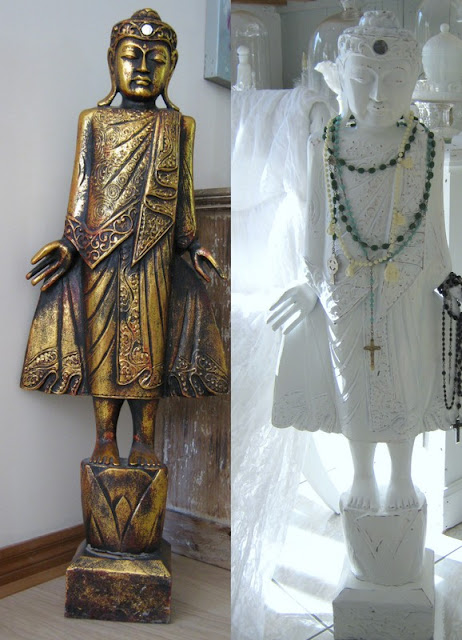 However if he was to stay inside a BIG makeover was in order.....crikey all those colours......not exactly the picture of serenity:-))...The mirror was removed from his forehead, he was then sanded and the gap where the top is coming apart from the base (pic left) was filled with two tubes of super glue. This surprisingly worked great and finally he was given two coats of white spray paint. After he was dry the mirror was glued back in place and some of the edges sanded back to bring out the carved detail....hopefully you'll agree that he looks heaps better. 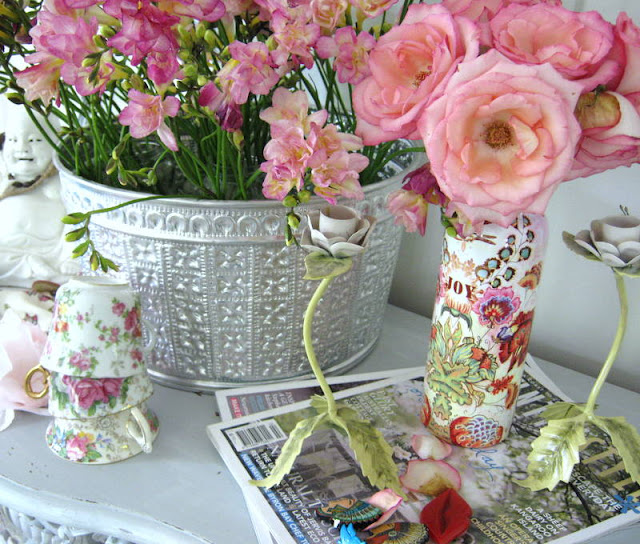 This made think of my other buddha which l found to take some pics...his big belly and happy face makes me smile:-)) 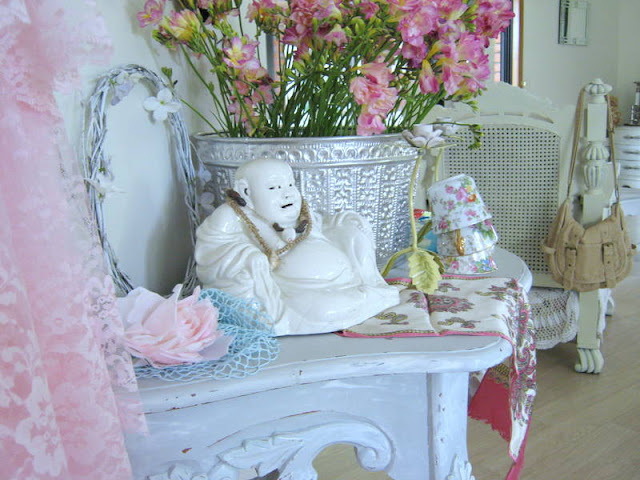 The freesias were being almost given away at the market as they'd been damaged.... l bought 3 big bunches which l popped into jars and placed them inside this large (fake pressed metal) container. 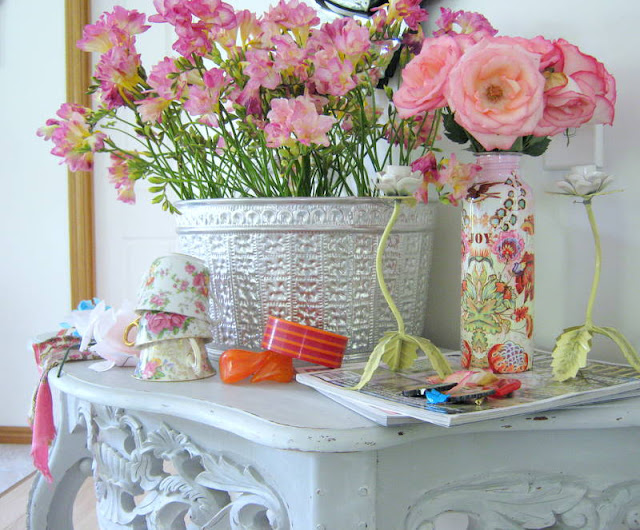 Vintage plastic jewellery is something l've collected for many years.... l'm not yet expert enough to identify bakelite from the other plastics but usually l just buy what l love so it doesn't matter.... the bands of colours on the one shown are awesome and to me... screams 70's. 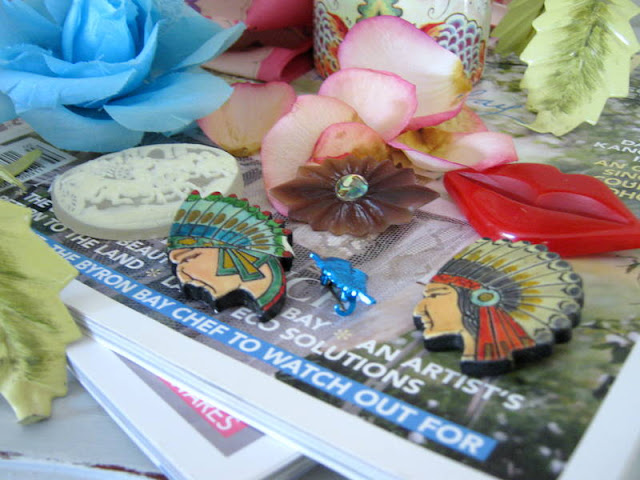 So... another weekend is almost upon us and l guess for many of you...the kids are on holidays...l hope it's a wonderful time for you and yours.

Thanks so much for popping in,

Posted by vintageandart at 12:08 PM
Email ThisBlogThis!Share to TwitterShare to FacebookShare to Pinterest