Starting To Feel It. 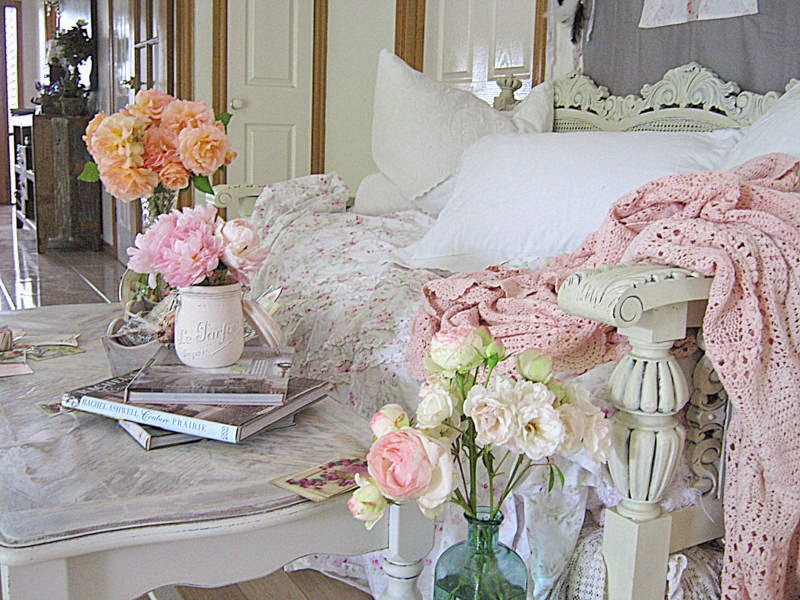 l'm happy to report (after my wee tanty last post..haha) that l HAVE found a little Christmas spirit since then, which is definitely due in part to all the lovely blogs out there chock filled with Christmas inspiration....l've been putting a few ideas together and taking photos in the hope of doing a little inspiring myself....if not, well...at least l've tried:-)) 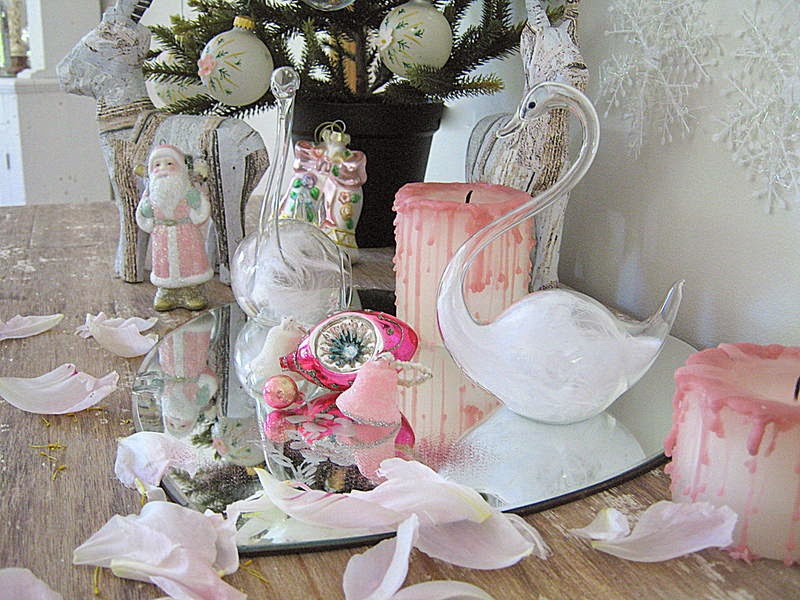 The candles shown were inspired by the lovely ones Rachel Ashwell is selling on her website, which come ready melted....an idea l wanted to try, though for these l used a different coloured candle for the melted edges than the base...it was simple to do, l lit a pink candle and dripped the melted wax all around the edges of a white one, encouraging it to drip down the sides as well, it's a bit of a slow process though and l only used half a taper for the two candles.....it would have looked better if l'd used about 3 of them to really build up the sides.... but it's just the idea isn't it. 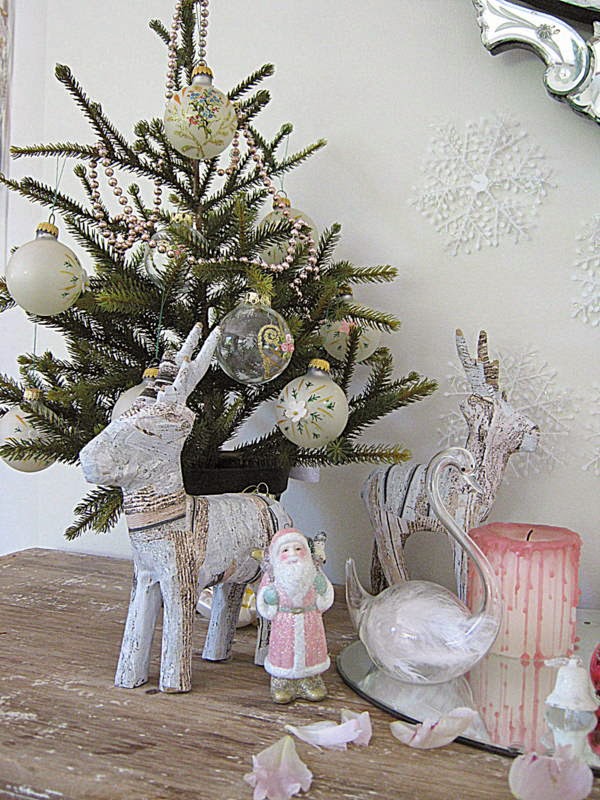 Some of you may remember the glass swans that were big in the late 70's, anyway they're pretty easy to find at opshops and flea markets.....normally l wouldn't schlep them home but l had the idea that if l funkied them up a bit they'd make a nice centrepiece in a Christmas vignette. To do that l simply took out the old fake roses that were in their hollow tummies and filled them with feathers. (Back in the day people filled them with coloured water...eeek!!)
The reindeer were originally brown cardboard, they can be bought in most craft shops or discount stores....l covered them in woodgrain wallpaper which was a sample piece (free) from Masters. 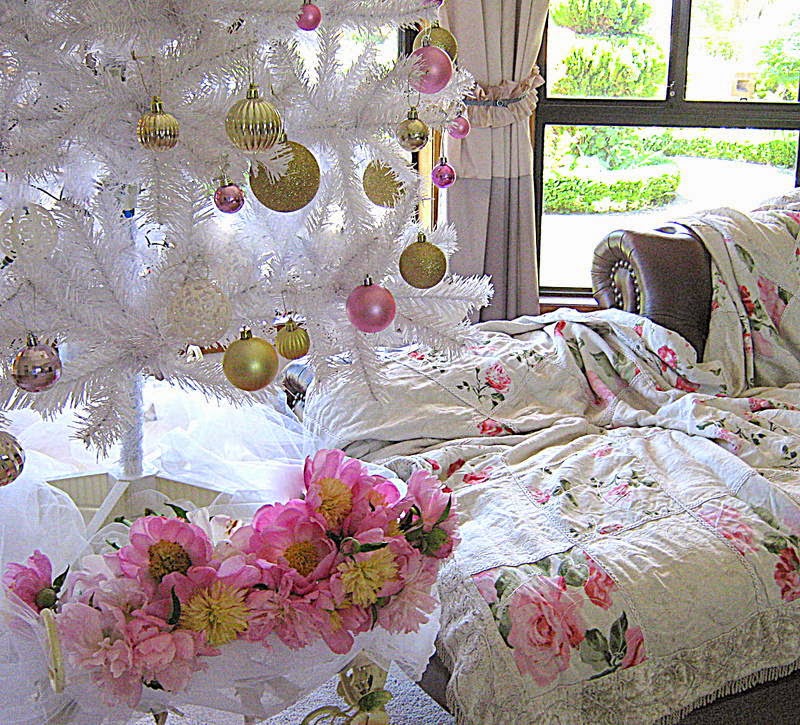 The Christmas tree is up.....l decided on pale pink, white and gold and then found these peonies at the market....they just happened to match perfectly. 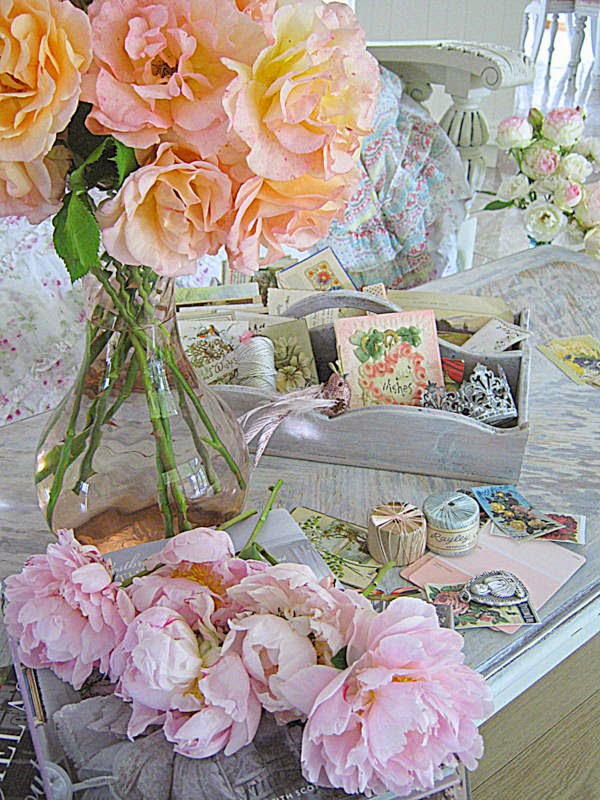 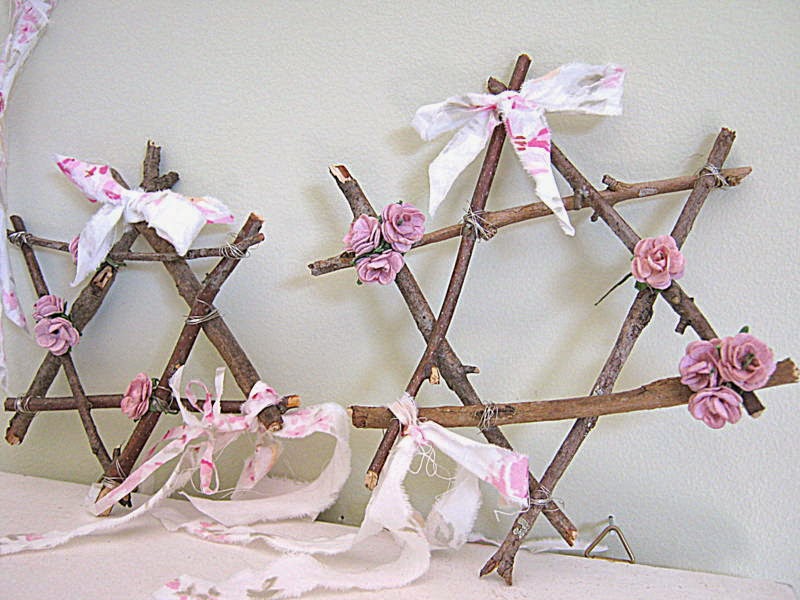 Rachel Ashwell also sells lovely little white star tree decorations.....These were made of twigs from one of our trees which were snapped to size and wired together....then decorated with flowers and strips of shabby chic fabric. 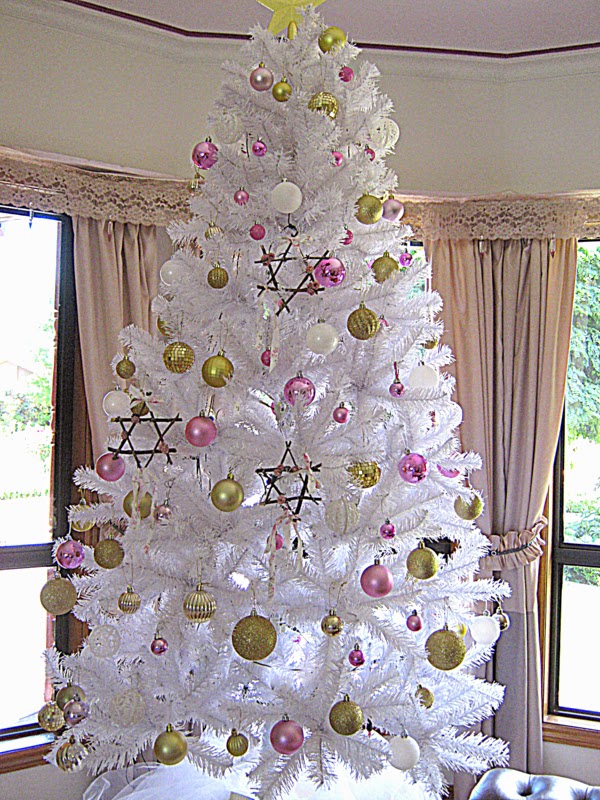 Here they are on the tree....wondering if l should paint them pale pink.....maybe l need a few more.....or maybe less would be more haha..... 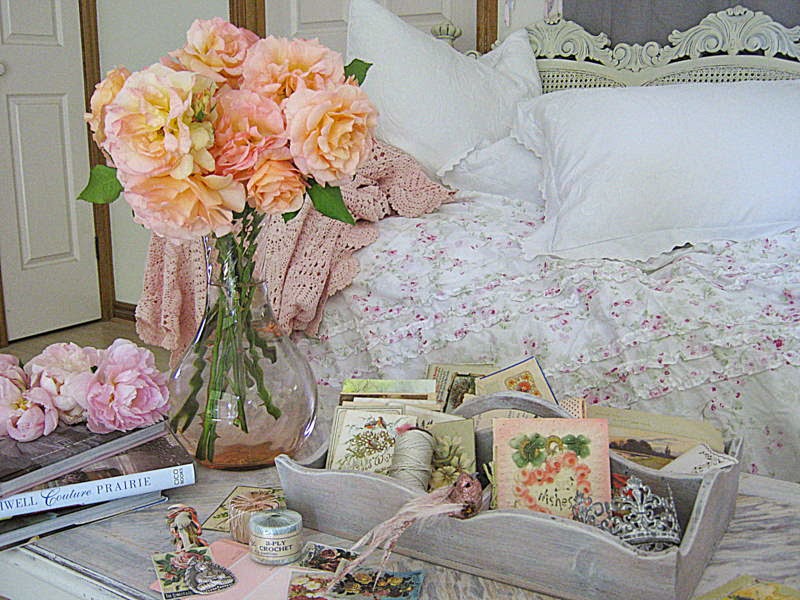 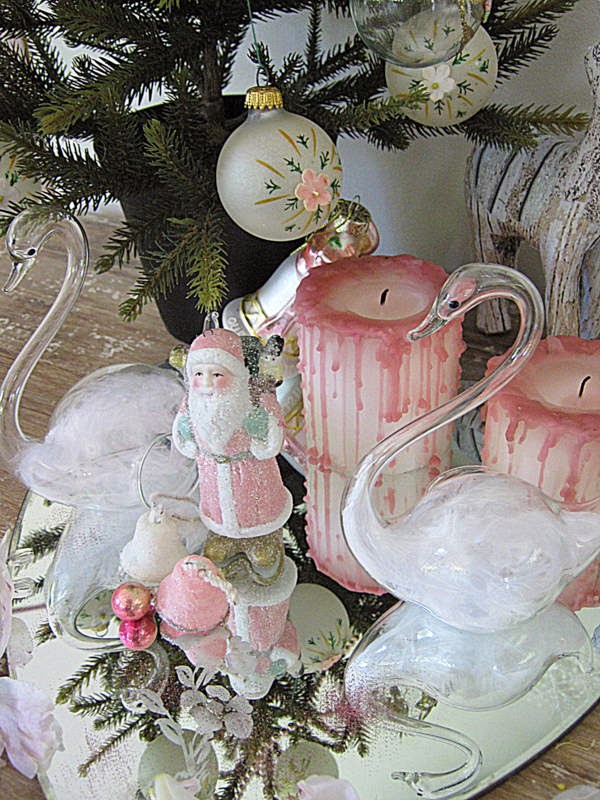 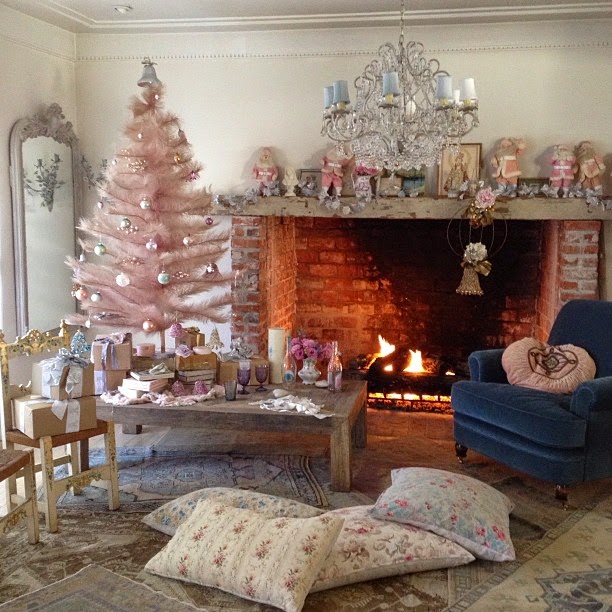 
Thanks for stopping by and hope your weekend is awesome.

Posted by vintageandart at 4:33 PM
Email ThisBlogThis!Share to TwitterShare to FacebookShare to Pinterest