By The Sea Shore. 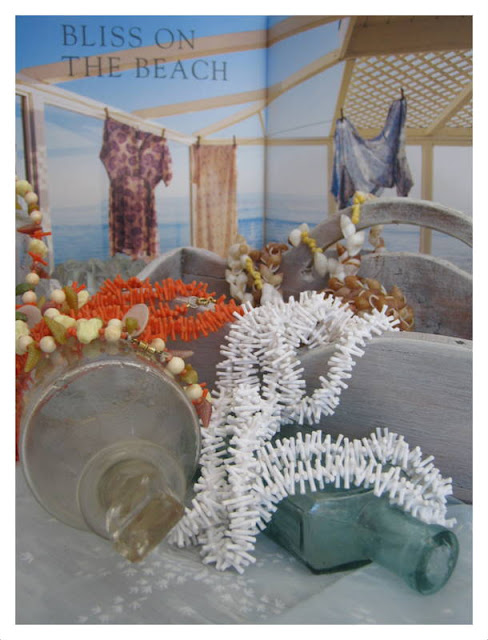 Last weekend the weather was sunny, calm and warm so we took a (rare-ish) trip to the beach, (2 hours drive away). Walking along the beach l was really surprised at how FEW shells were washed up as the tide came in, then receded....not sure why.. it's quite touristy so maybe a lot of them have been picked up....and l wondered if all beaches are similar....l can remember holidaying around that same area when l was young and the beaches were smothered in shells then....Anyway thinking about shells and finding a few strands of them through the week inspired this post today.﻿ 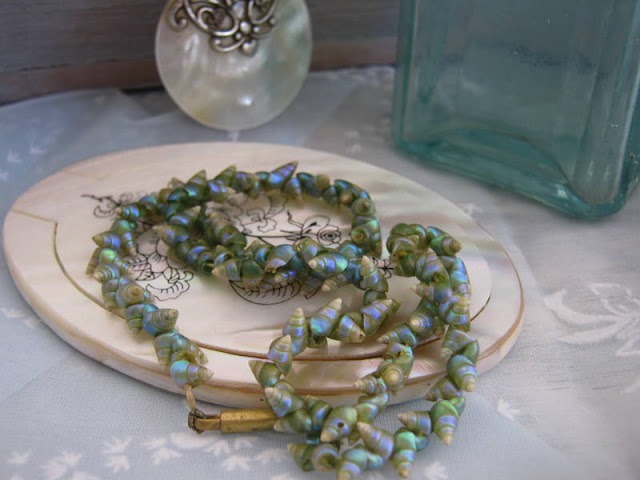 These maireener shells were picked up in an opshop many years ago. This type of shell was found and gathered (seasonally) amongst the seaweed by Australia's (Tasmania's) aboriginal women along the shores of Bass Straits' islands ....once harvested the women then smoked them over a fire...then rubbed the outer coating off (with grasses) to reveal these beautiful irridescent colours. They were strung onto animal sinews or plant fibres and made into necklaces that were used as either charms, adornments or for trade. l've seen them in different colours... shades of pinks, yellows and greens.
An interesting read here  (click on necklaces). ﻿ 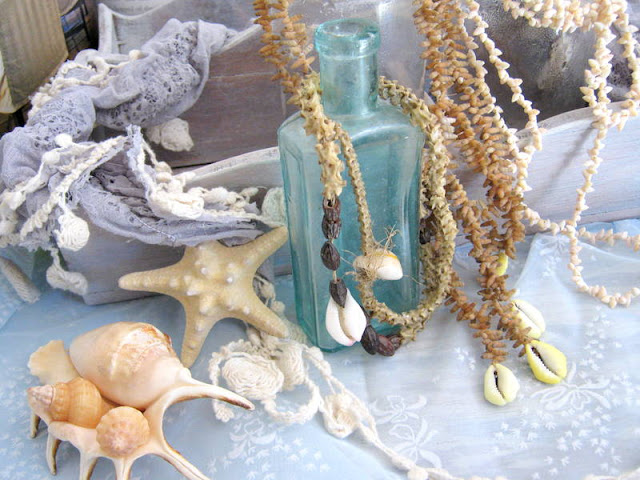 l've collected quite a few shells and shell necklaces..... mostly for mosaic work.﻿ 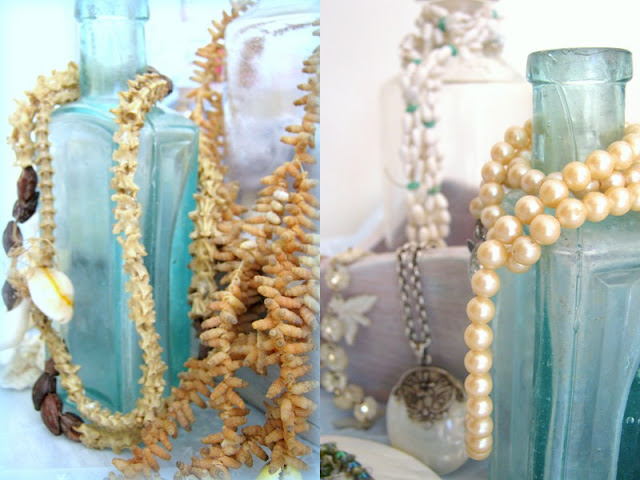 These interesting strands are the ones l found last week...the far left strand looks like it's strung with little separate vertebrae. Also a strand of "rice" (methinks) shells which were also prized by the aboriginals...they were apparently very difficult to thread as they're so tiny and fragile. 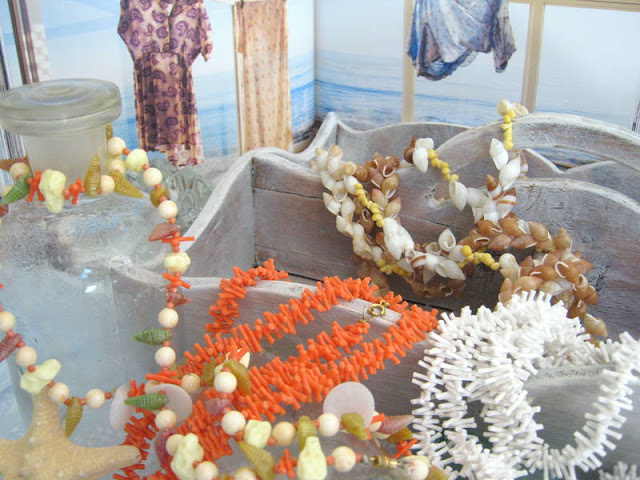 Back in the 60's and 70's a much more environmentally friendly way of wearing seashells was produced.....plastic coral and seashell necklaces.﻿ 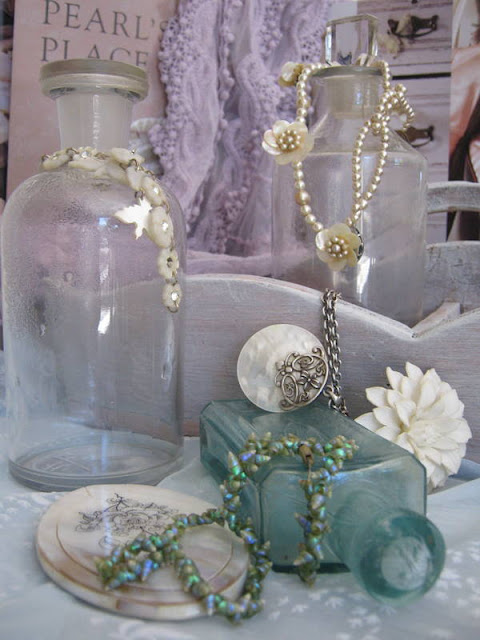 A few pieces of Mother of Pearl with apothocary and sea coloured glass bottles.﻿ 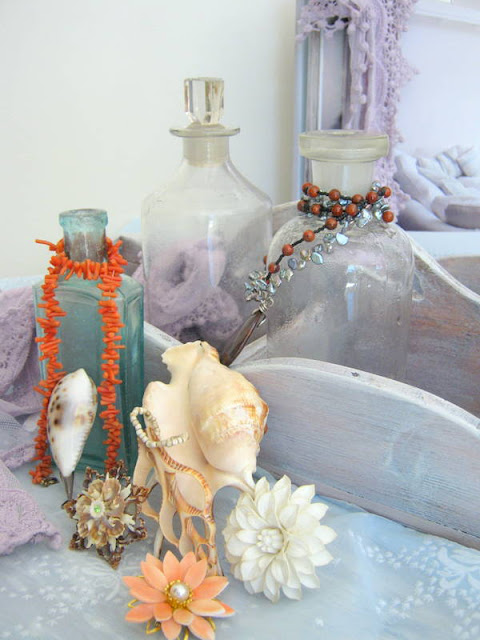 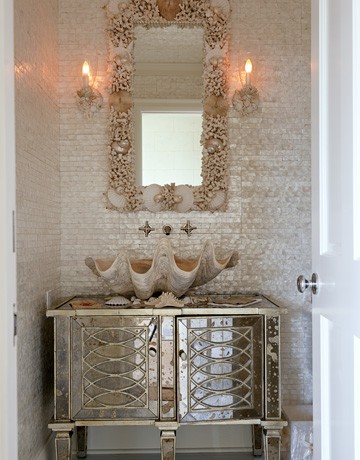 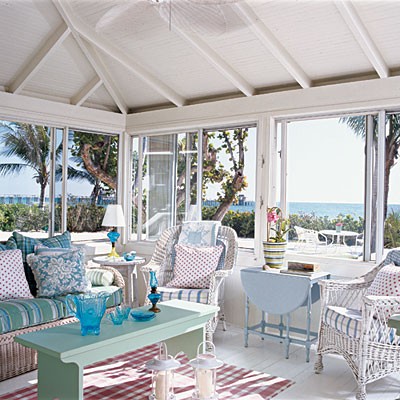 Gorgeous views....no work would get done though... l'd just wanna sit all day......coastalliving. via pinterest.

Hope you've all had a fantastic weekend..thanks for popping on over.

Bron.﻿
Posted by vintageandart at 1:22 PM
Email ThisBlogThis!Share to TwitterShare to FacebookShare to Pinterest