We had some lovely weather last week and l spent some time working in the garden so you might notice the cypress topiaries outside the dining room have been trimmed up. When they were first planted (and small) l used a pair of scissors to keep them in shape, but as they grew bigger it started taking forever...not to mention the blisters, so l bought a hedge trimmer which is way quicker and a lot less painful:-))
The old timber fence is usually covered in ivy and the lion heads gaze regally out from it's lush greenery.....but not this year. l asked hubby if he could poison the weeds along the fence as it's hard to mow right up close....however l think he got a bit carried away......geez....ONE JOB!!....just as well that old ivy's tough....it's starting to shoot again. 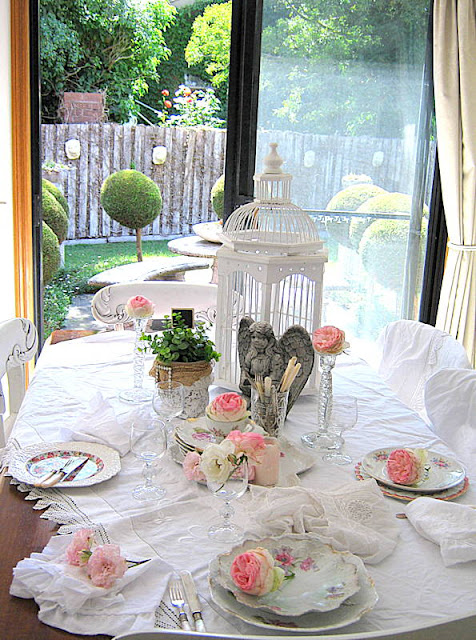 I picked some Pierre de Ronsard roses from the garden....one of my favourite roses. 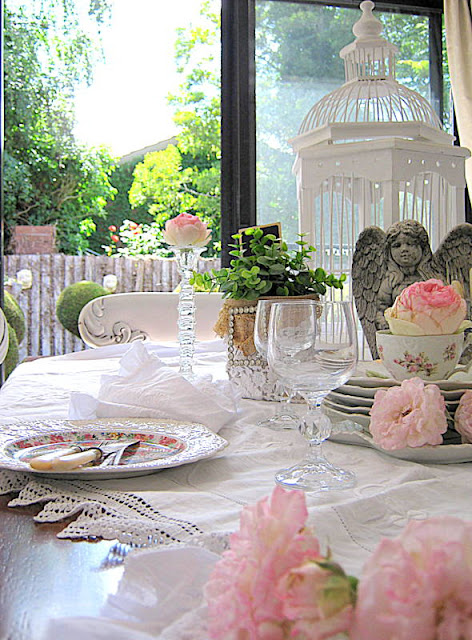 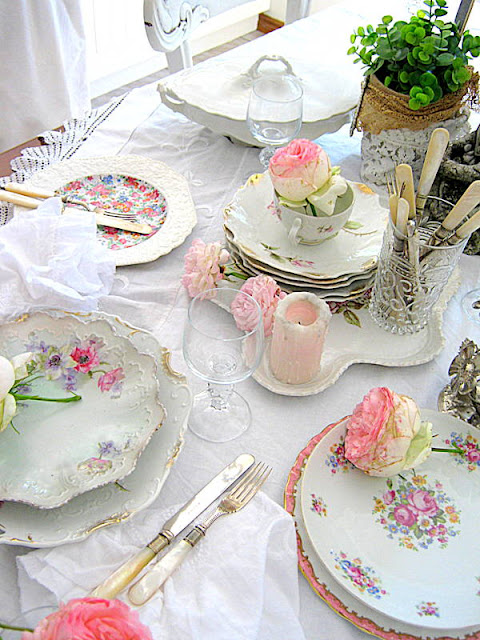 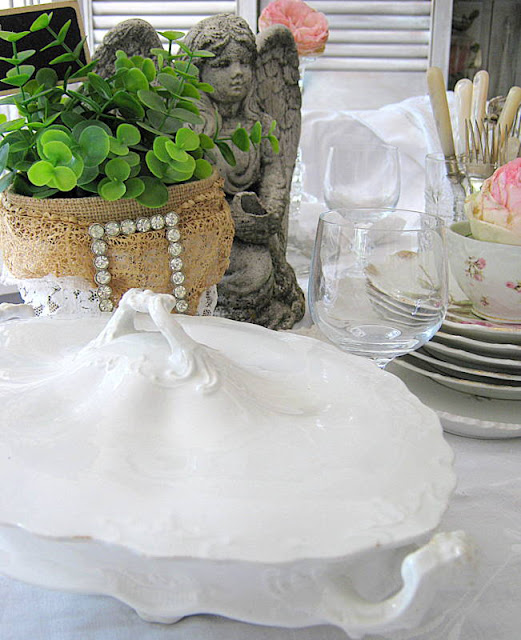 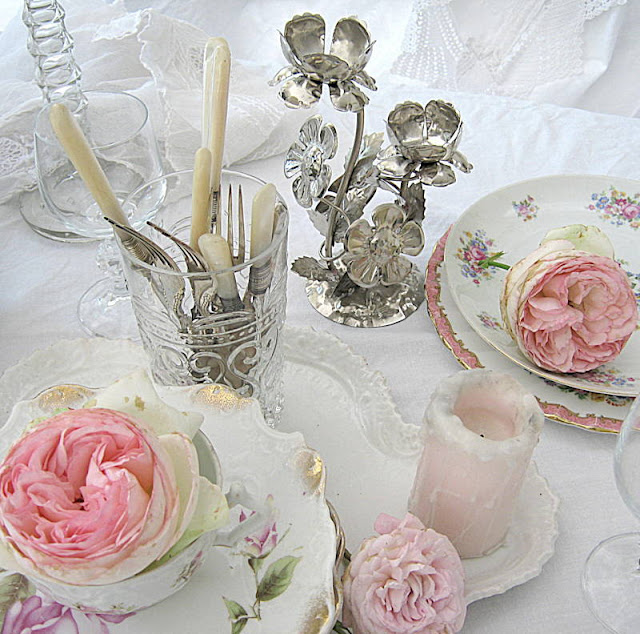 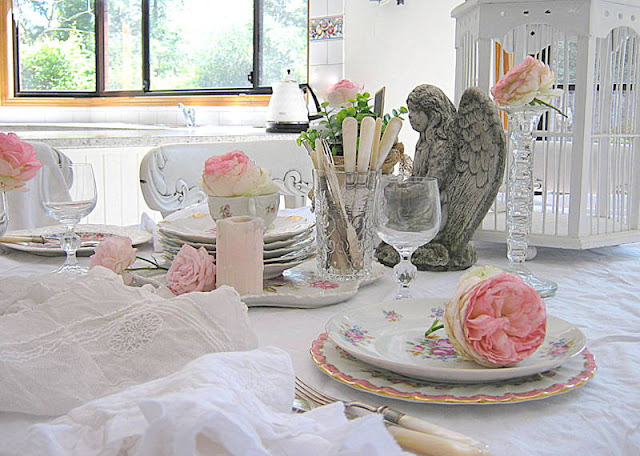 You might remember me saying a couple of posts ago that Mum was back in chemotherapy....anyway she's  had two cycles and then scans before her last oncology appointment....sadly her tumours are no longer responding to the chemo.....her oncologist has another option however she is refusing further treatment and l guess we need to respect that, even if it means her future with us is now limited.....for the moment she remains independent.... and is positive and accepting of the way things are, she really is an amazing woman....
Thanks so much for stopping by my blog and for your lovely comments....l hope you're enjoying yourself whatever you're up too:-)
Til next time,
Bron.
Posted by vintageandart at 8:37 AM
Email ThisBlogThis!Share to TwitterShare to FacebookShare to Pinterest