This week l've been finishing off a few half finished projects, some of which have been laying around making a mess for months now, and one of them is the one featured below.

This project was inspired by Selena Lakes new book called Romantic Style. (selinalake.blogspot.com/)  l loved the picture featured in her book so much l had been on a mission for something to display old brooches in ever since, but as luck would happen l never came across anything remotely like it until l was in one of the larger discount stores and spotted this case for $8.00. Although very plain it was the perfect blank canvas for a makeover. ﻿ 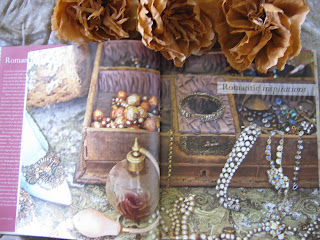 You can see how this beautiful vintage case would inspire any jewellery lover into action.
You may also notice the paper flowers which are meant to look like peony roses but of course l'm nowhere near as clever as mother nature, but l fashioned them from crepe paper and the edges of the petals have been shaped and brushed with diluted White King (household bleach) to soften the look. Back in the day you only had to put  a bit of water on the crepe paper to make all the dye run out and it made fantastic effects, but no more.﻿ 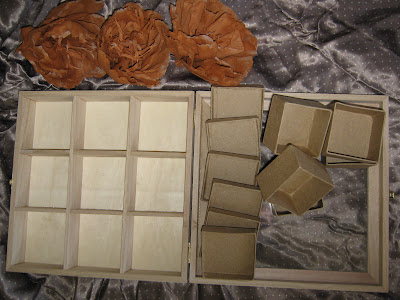 Above shows the case in it's raw state and in the same store l also managed to find a couple of packets of cardboard boxes which will fit into each segment perfectly.﻿ 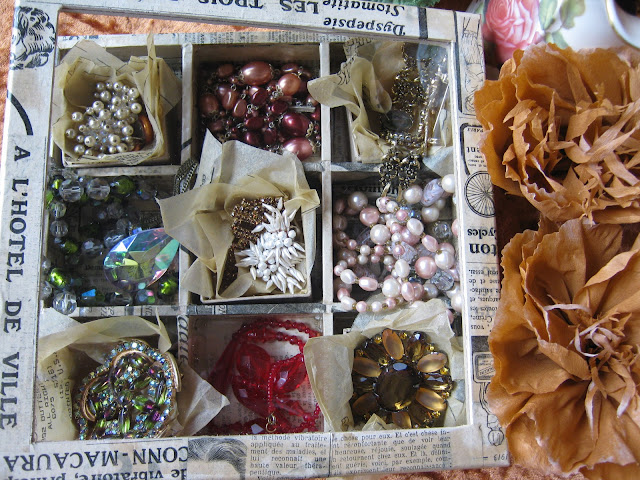 l decide after some deliberation to make the case look "﻿olde worlde" by decoupaging it in an old french newspaper that l picked up a few years ago. It is from 1913 and the advertisements are hilarious - being for leeches and weird bowel conconctions, and although they're written in French (largely aided by pictures) l can still crack the code.
Once the entire case is covered in the (selectively cut-up) newspaper it is left to dry overnight, and the next day it is coated in a layer of varnish. This makes the finish uneven as it soaks in considerably in some areas and only a little in others, but somehow it seems to work for me. 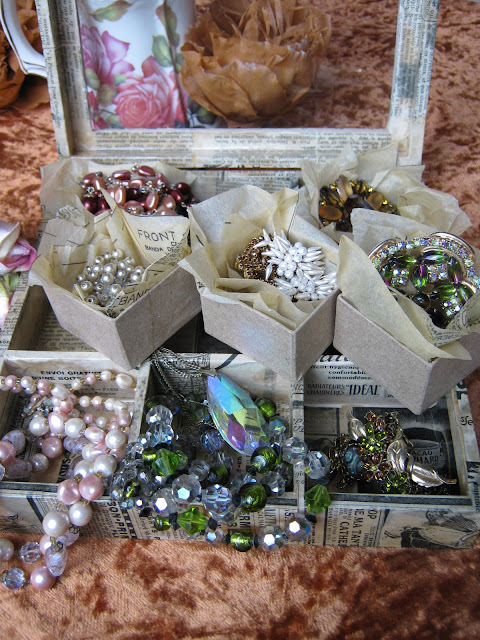 l decide to leave the cardboard boxes as they are, but to make them a bit special l line the insides with cut up tissue paper from  vintage dress patterns. 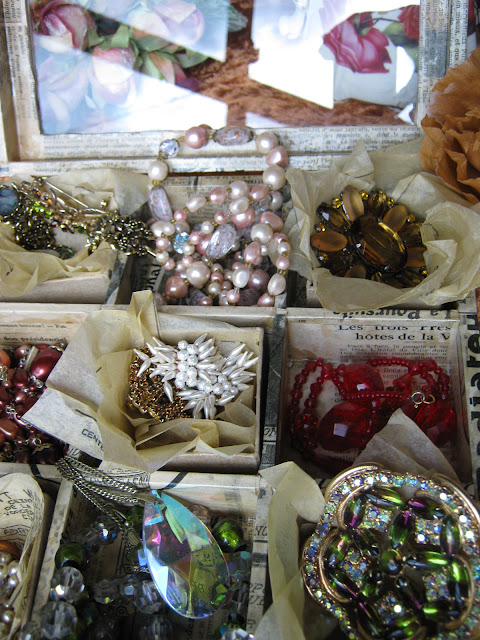 A few pieces of costume jewellery on display.﻿ 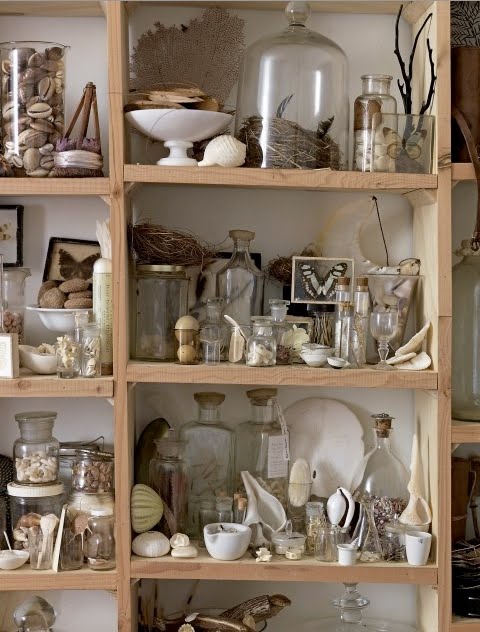 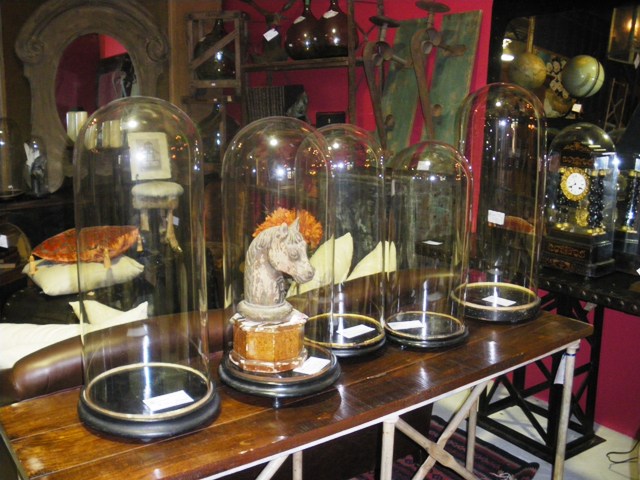 
Thanks for stopping by,

Posted by vintageandart at 12:15 PM
Email ThisBlogThis!Share to TwitterShare to FacebookShare to Pinterest