This week hubby and l celebrated 32 years of marriage, that's been the easy part after surviving our wedding day:-)
Except for the weather which was  PERFECT (very warm), our wedding day was pretty much a disaster from go to woah....One of my relo's ( lets call her S:-) very kindly offered to drive the bridal party to the gardens at the lake where hubby (to be) and l would take our vows with a celebrant.....
The BIG DAY arrived and l was all ready to go, but more than a little anxious as S still hadn't arrived...To save time Sis and l went out front to wait...Full war paint, BIG hair, bigger dress, and l'd have thought UNMISSABLE :-)....well it WAS the 80's. So imagine my astonishment when finally we see the bridal car driving along the street towards us, all shone up, resplendent in white ribbons.... but then drive straight past us. At the end of the street S turns round and drives back PAST us again.....and just keeps on driving, not even seeing us waving like crazy people from the kerb.......As S explained later, so great was the stress from being late and not being able to find Mum's house we didn't even register..... but at the time we had the problem of HOW were we going to get there....everyone else had left and of course this was pre mobile phones....in the end we simply called a taxi....the driver thought it was hilarious but did well not to show it TOO much:-)
Our ceremony was allotted only 30 minutes as 31 other couples were getting married that day (This fact made headlines in the following Mondays' newspaper) so by the time l arrived (almost an hour late) the celebrant was flapping about like a wild swan.
With only 10 minutes to spare....short and sweaty is how l'd describe the ceremony...hubby jokes (l think) that just before l arrived he and his brother were two seconds from leaving for the pub.
There was S at the gardens....eyes all puffy from crying, l don't think her day was much better than ours. Given it was such a sunny day being married in a public space meant there were gazillions of people milling round, and trying not to get other bridal parties and random people in the photos took forever, but FINALLY we could head off to the reception and hopefully a stiff drink but NO.. were again denied the bridal car, as S in her haste and distress had locked the keys in the car, which meant us all having to squash in with someone else, not easy in huge puff sleeves and layer upon layer of tulle...did l mention it was the 80's haha....for reasons l won't go into here my Mum was distressingly late to the reception and since she was my only parent, speeches couldn't go ahead without her. Which meant bored, restless and HUNGRY guests...The caterers too were NOT HAPPY, main course wasn't even fully served before they decided they were OUT of there...which would have been just fine, had they not taken most of the food with them.... including DESSERT...
Of course nothing TERRIBLE happened and these days it's just another funny family story...but at the time...hmm NOT so much....l've included a wedding pic at the end of the post. 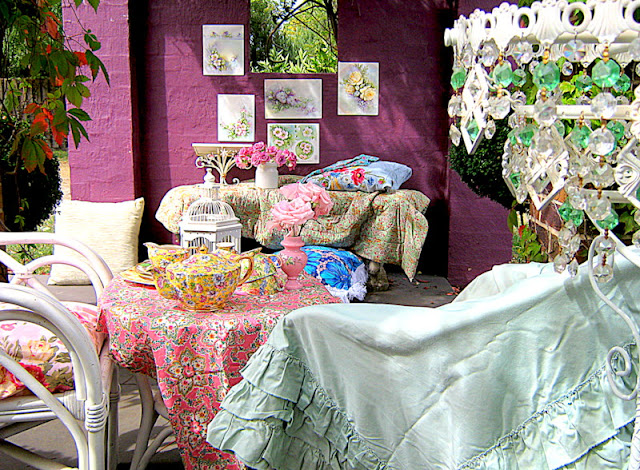 Each year on a warm, sunny day l like to set up outside and take a few photos.... Another Summer and another year passing...you can see a couple of my favourite other Summer posts here and here. 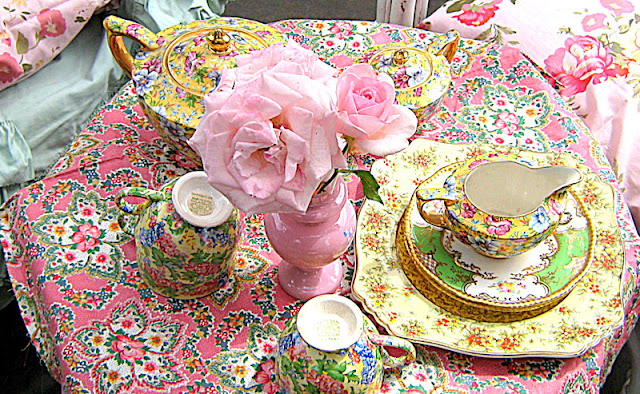 The roses are from my neighbour Judy's garden, knowing how much l LOVE pink blooms she often cuts hers to bring over to me....thanks Jude...they're gorgeous. 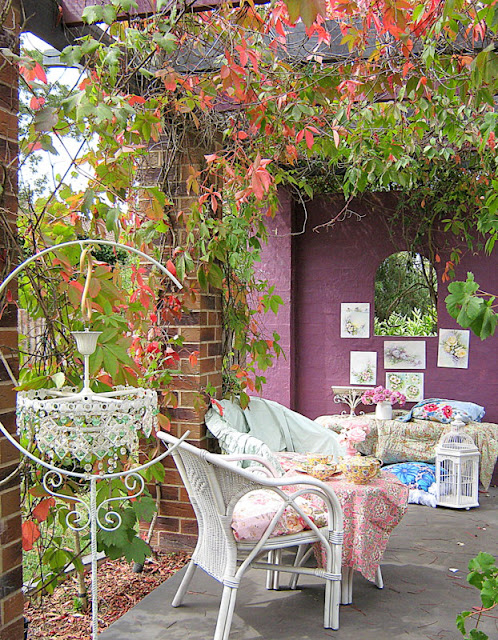 Hubby bricked up the arbour a few years ago, it's a lovely shady spot, mostly just for the flies and  bees  though......we don't seem to sit out there much:-) 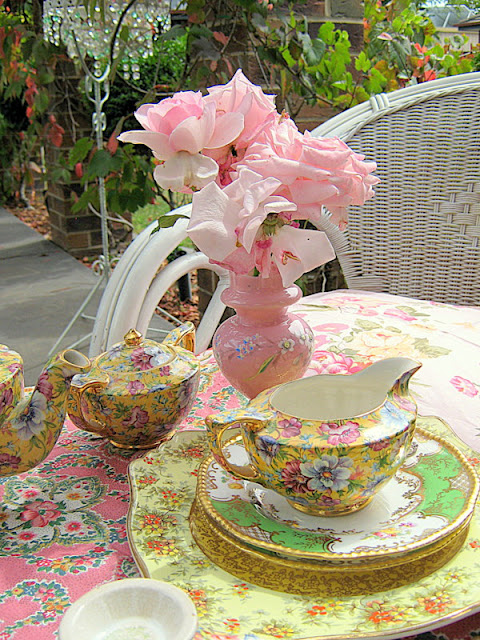 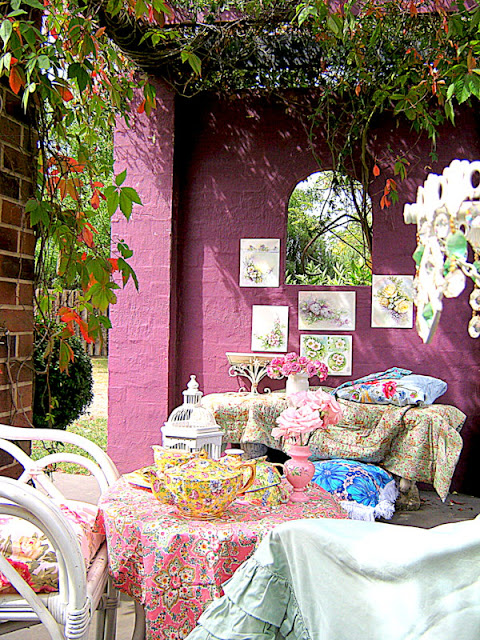 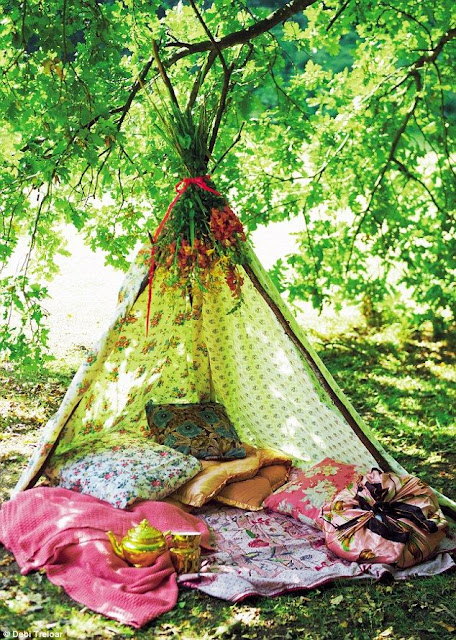 Thought you might like to see the Big hair and Big dress, l cut most of hubby out as he HATES our wedding photo's because of his BIG moustache...Come ON.... it was the 80's....haha!!

Hope you're having an awesome week everyone...thanks so much for stopping by.

Posted by vintageandart at 1:54 PM
Email ThisBlogThis!Share to TwitterShare to FacebookShare to Pinterest