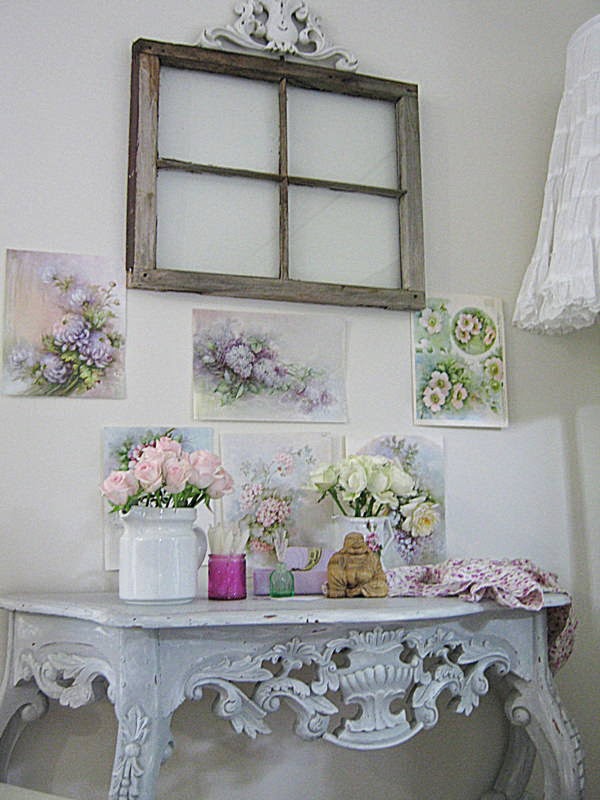 l'm excited to tell you my stall in the collectible centre is up and running and new adventures as a picker have begun.....On Tuesday l called a lady about a suitcase FULL of linen she had advertised for sale in the local paper....Oh she says you'll be VERY happy with what you're getting... crocheted tablecloths and lovely linens all in excellent condition, and the suitcase which belonged to her grandmother came with the deal. Since she lived about half an hour out of town l asked plenty of questions to be sure l wasn't on a bum steer...... totally satisfied l set off a happy woman 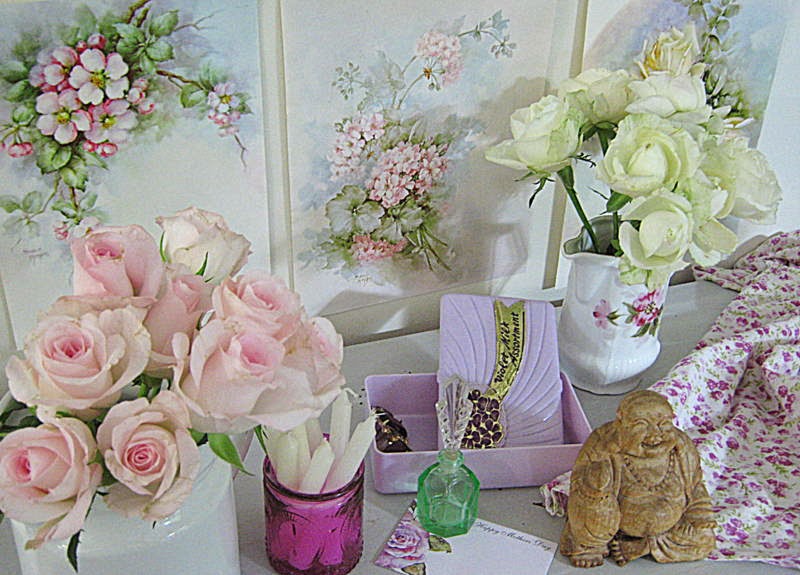 It started to rain just before l left, so l picked the last of the roses before they were ruined and popped them in the car to give to the lady l was meeting....but when l eventually got there (after getting lost and wet:-) l have to say bum steer doesn't quite cut it....It was clear the suitcase was pretty much empty and her idea of lovely linens was definitely NOT my idea of lovely linens.... not to mention the suitcase that "once belonged to my grandmother" was circa 1960.(and she was NOT five) 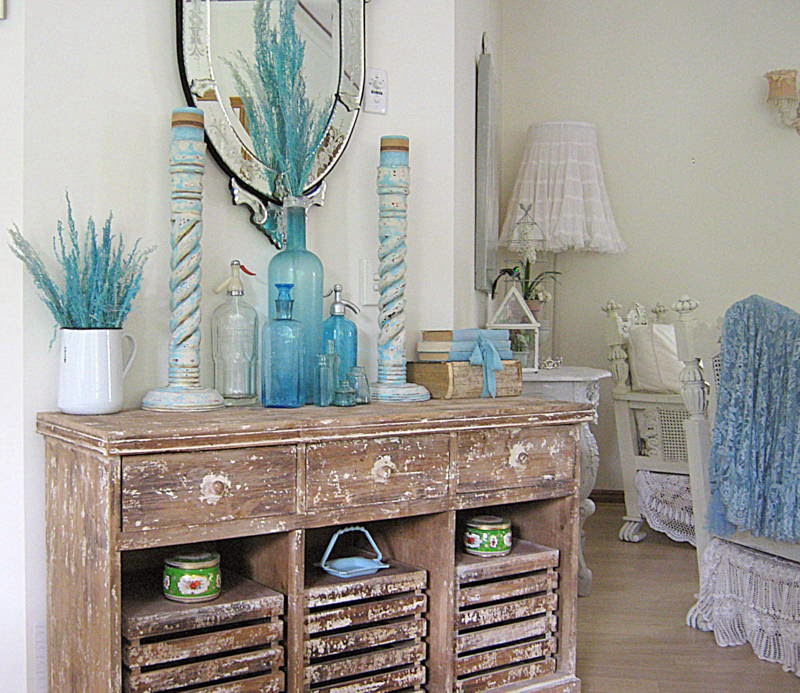 Sure..... I'd been stooged:-) but to be honest l felt really sorry for her and l don't mean that in a patronising way, it's just that it was clear she was a heavy smoker since the entire living area was in a grey haze and she was prob'ly selling her dodgy linen to buy cigarettes, which l know isn't good but l get it....she needed cigarettes a LOT.....so we did negotiate a price which l think leaned favourably in her direction. On the way home, one smoky suitcase and a couple of tablecloths later, l was shaking my head thinking struth, what just happened there.....l thought that was the end of it....BUT... 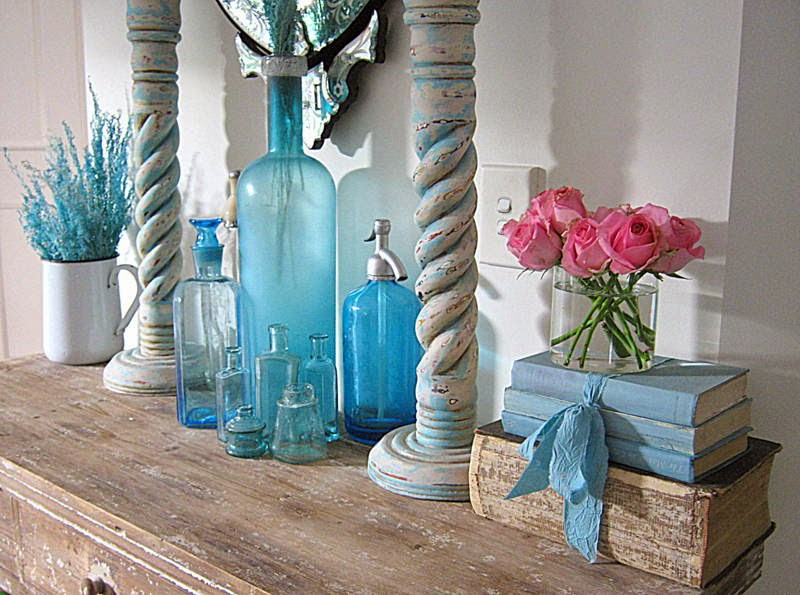 Later that evening l got a phone call and it was the lady ringing to thank me for paying her what l paid and to say (while puffing up big on a fag no doubt... haha) that since she didn't have any vases she'd put the roses in a large cup and was really enjoying looking at them....what no vases.... she almost had me buckling up to head out there with a couple....does the word sucker come to mind, l think l could be in trouble if l ever want to win a trick in this game :-))...but wasn't it lovely and thoughtful of  her to ring me and tell me that. 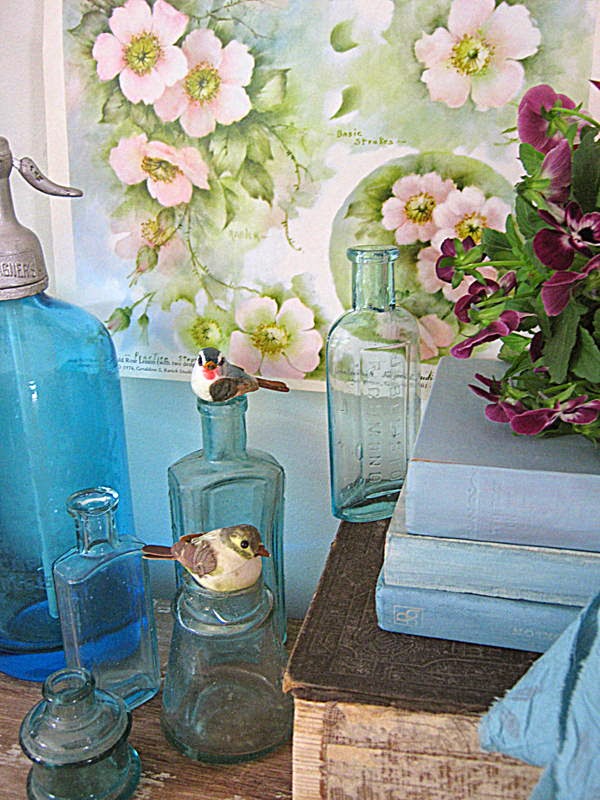 Now that much of my stuff has gone out to my stall l've had the chance to arrange a few new vignettes which was kinda fun, though l confess l'm having more than a few anxious pangs at parting with all my favourite things.....rationally l know it's just stuff, but my heart's not convinced:-) It's different from when l used to have the occasional market stall.....that was mostly to get rid of things l didn't want any more, now l'm trying to sell only what l LOVE, which is another thing entirely..
﻿ 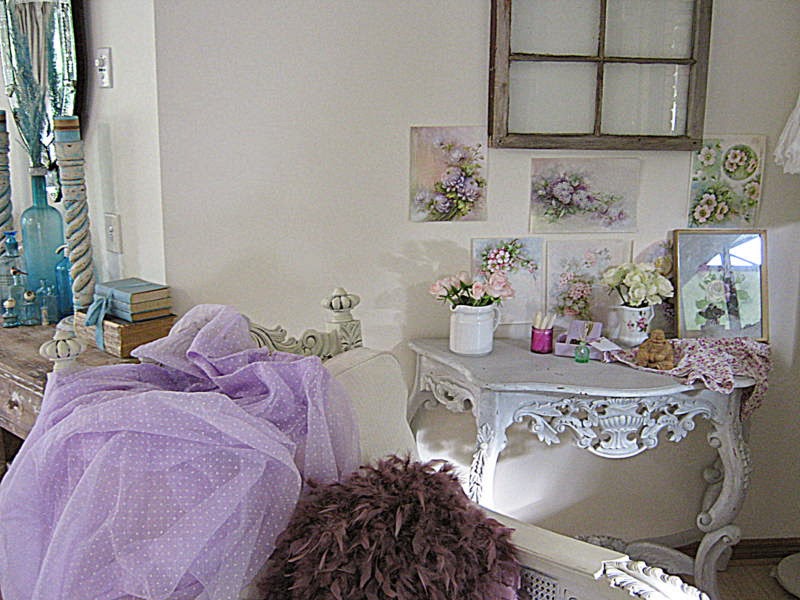 Found this old window at the market last week, which l thought was great....of course it'll be moving on after a little mending... l'm sure someone else will love it too. 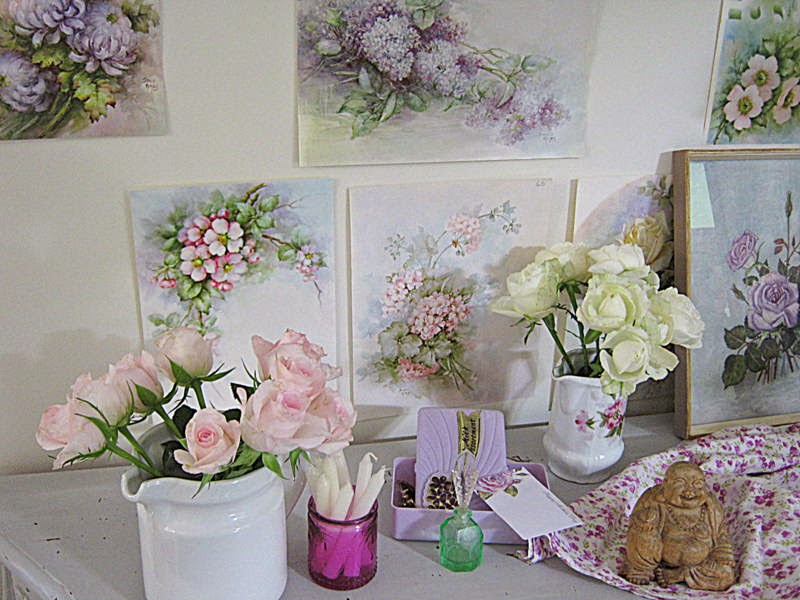 These prints were found at the market in a box along with pieces of unglazed china, palettes and paints. They're patterns used for hand painting china and come complete with instructions on how to paint them exactly as shown. The lady selling them kindly sold me these few prints separately, there were still heaps more for someone keen to take up the cause.... 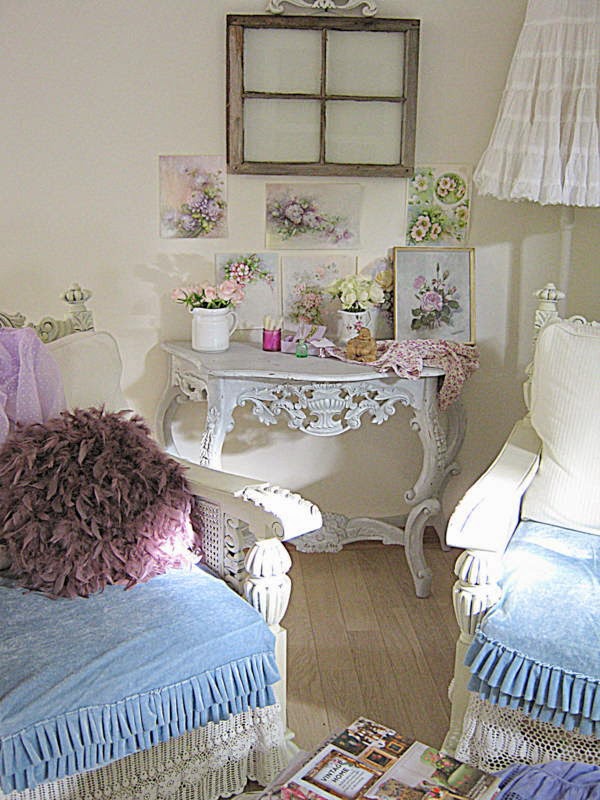 Finally got around to making some new slipcovers for my chairs as l was sick and tired of having to re-tuck and de-wrinkle the small tablecloths that were there previously, after anyone sat on them. Being velvet they stay in place much better, but best of all they're so warm and comfy....good for Winter on it's  way. 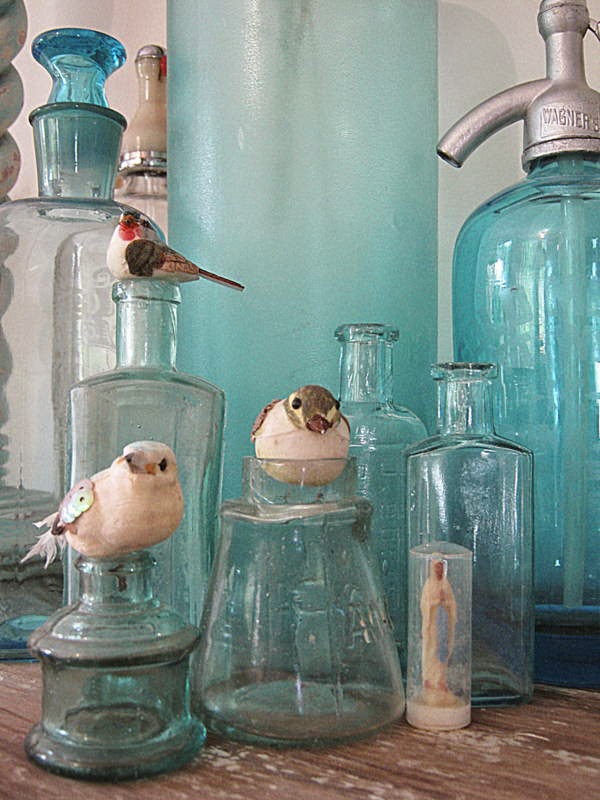 Decorating the decorations....little birds as bottle toppers....and a wee Mary in a tube. 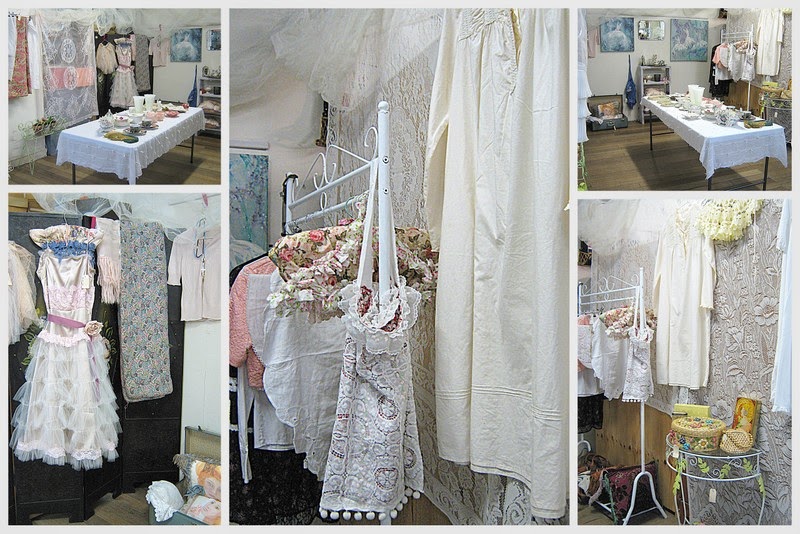 A few pics l put together of my space at the The Millmarkets...my home away from home:-))
The space is surprisingly big and is nowhere near full yet, but l'm getting there:-)


Thanks so much for stopping by and for your lovely and much appreciated comments.
l wish you all an awesome weekend coming up and let's hope there's at least a little bit of sunshine around, it's been annoyingly cold here even though Winter's still officially a month away.

Posted by vintageandart at 3:53 PM
Email ThisBlogThis!Share to TwitterShare to FacebookShare to Pinterest